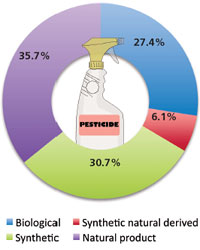 Looks like the pesticide industry is taking inspiration from Mother Nature. A study has found that nearly 36 per cent of the pesticide ingredients approved in recent years have been derived from natural substances found in plants or animals. Most pesticides approved in the US between 1997 and 2010 were found to have been derived from ingredients like black pepper oil, canola oil, corn gluten and fox urine.   Journal of Natural Products, May 2

Memory devices for computers are based on a cluster of components that can switch between on and off states. Researchers for long have been on the lookout for material which can make the process faster and more efficient. They recognised that the phase-change material might be the answer but till date the only way to switch between the two states was heating. It has now been found that passing short electrical pulses of a few hundred nanosecond duration through the material makes it change its state without being heated. The discovery could help develop ultra-fast memory devices. Science, June 22 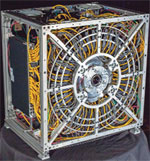 A camera capable of taking one gigapixel images is here to change the nature of photography. A gigapixel image is composed of one billion pixels, 1,000 times the information captured by a 1 megapixel digital camera. Dubbed the “supercamera”, it has a resolution five times better than the 20/20 vision in huma-ns. Even the best professional cameras have 20-30 megapixels range. The gigapixel camera preserves the cla-rity even when one zooms in on the tiniest of details. Resear-chers say the new device, not available commercially as of now, can be of great use for military surveillance. Nature, June 20

Peripheral nerves provide the sense of touch and drive the muscles that move the limbs. Experts have now found a crucial protein required for regrowing these nerves upon injury. The identification of this protein—dual leucine zipper kinase (DLK)—can also provide clues to trigger nerve regrowth in the central nervous system, which does not heal easily. Experts found that DLK alerts the brain about nerve injury and initiates healing. The Neuron, June 21

Ecology
Speed is in the stride

With a highest recorded speed of 29metre/second, cheetah is the fastest animal on earth. Although both cheetah and greyhounds use the same running technique and are also physically similar, wild cheetahs easily outperform the fastest of greyhounds. Researchers have now shown that the reason lies in the mechanical differences between the movement technique of the two animals. They say wild cheetahs use a combination of high stride frequency and longer stride lengths to outrun their captive cousins and greyhounds. Journal of Experimental Biology, July 15

Just a few months after declaring Mars too dry to sustain life, researchers have found that the Red Planet has vast amounts of water in its interior. In fact, some spots are apparently as wet as Earth’s interior, they say. Researchers analysed the water content of two meteorites from Mars that landed on Earth nearly 2.5 million years ago. They found clinching evidence that there’s much more water in Mars’ mantle than thought. The find may help understand the planet’s geological history. It also hints that the planet could sustain life. Geology, June 15

It is known that acute ozone exposure can kill a person. Now we know how. Researchers exposed healthy adult volunteers to ozone for two hours and found they had developed physiological changes associated with heart diseases. They showed evidence of vascular inflammation, reduced ability to dissolve artery-blocking blood clots and changes in autonomic nervous system that controls the heart’s rhythm. Ground level ozone is created when pollutants react in sunlight. Circulation, June 25

Rice blast is one of the most serious diseases of cultivated rice and causes losses of up to 30 per cent of the global rice harvest. The rice blast fungus ruptures the rice leaf surface, thus destroying the crop. Researchers have now identified a protein known as septin that aids the fungus in infecting the plant. Septin makes the fungus exert extreme pressure, estimated to be 40 times that of a car tyre, on the leaf surface and causes it to rupture. Researchers believe that the discovery might lead to better solutions for controlling rice blast outbreaks. Science, June 21

Climate Sciences
Why Delhi is so hot 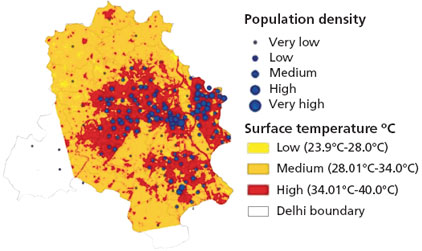