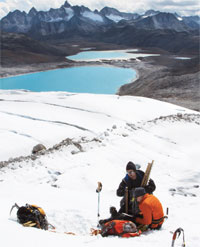 Global warming is making glaciers recede. But a study suggests that some glaciers in the monsoonal Himalayas in Bhutan will continue to shrink even if temperatures remain steady. This would happen due to other climatic factors like wind, humidity, precipitation and evaporation. The study says almost 10 per cent of these glaciers would vanish within next few decades making the melt water drop by 30 per cent.

Snowfall rates would need to double to avoid this retreat but that is not likely as warmer temperatures lead to rainfall instead of snow. Geophysical Research Letters, November 5 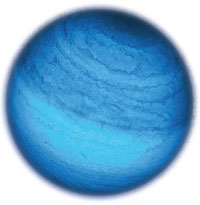 Astronomers have found a lonely planet drifting through space that does not orbit a star. It is not the first time that such a planet has been found but at 100 light years from Earth, CFBDSIR2149 is the closest that has ever been spotted. Scientists estimate it is between 50 and 120 million years old, has a temperature of around 400°C and a mass four to seven times that of Jupiter.

They assume it is from a group of 30 young stars called the AB Doradus Moving Group. Such free-floating objects are important as they help astronomers understand more about how planets and stars form, how they may be ejected from planetary systems and how very light objects can arise from the star formation process. Astronomy & Astrophysics, November 14 (online)

Expansion and contraction of muscles keeps us alive. Scientists have now developed artificial muscles that can mimic real ones. These are made of carbon nanotubes twisted into yarn and filled with everyday candle wax. When exposed to heat, the yarn can expand and contract like real muscle as the wax inside melts and re-solidifies.

It can contract in 25-thousandths of a second, bear over 100,000 times its own weight and generate 85 times more mechanical power than a real muscle. Although unsuitable for use in human body at present, it can power smart materials, sensors and robots. Science, November 16 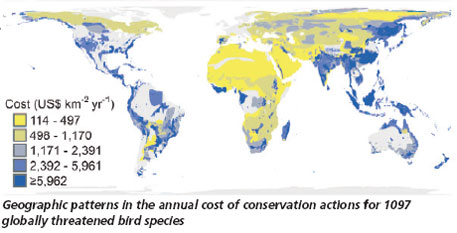 How much can the conservation of threatened animal species and protected areas cost? Around US $78 billion annually, says a study on threatened bird species across the globe. Parties to the Convention on Biological Diversity (CBD) vowed to reduce the rate of biodiversity loss at the eleventh Conference of the Parties held recently in Hyderabad. But negotiations got stuck due to lack of information on the total costs.

ZOOLOGY
Born to be wild

Like humans, animals also overeat and lie around all day when bored. This is the finding of a study on 29 captive minks. Some minks were housed in empty cages for seven months, while others lived in bigger cages with shelves for climbing, toys and water for wading. Researchers found that animals raised in bare cages actively sought stimulation, which is consistent with boredom.

They even approached normally frightening objects with interest. These minks also showed other signs of boredom like snacking even when they were full and lying around even when they were awake. The study might help develop better housing and obesity control strategies for captive animals. PLoS One, November 14

A study on stomach cancer shows the disease occurs when production of a protein, TGFβig-h3, is impaired in the body. The protein is released by myofibroblast cells and it inhibits cancer growth.

Cells in the body start turning into cancerous tumours when myofibroblasts cells around them decrease the release of this protein. Restoring the function of this protein can help stomach cancer patients recover. Carcinogenesis, August 31 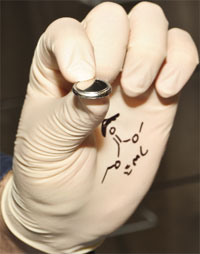 Lithium batteries are set to become safer, cheaper and environment friendly. Scientists have succeeded in replacing the harmful methylpyrrolidone (NMP) solvent, traditionally used in the electrodes, with water.

A prerequisite for giving up NMP was changing the binding agent to a water-soluble one. The researchers found that acrylic S020 is not only water-soluble but also chemically, electrochemically and mechanically ideal for the purpose.

The discovery also makes it possible to reduce production costs by as much as 5 per cent. As battery use increases rapidly across the globe, improving production methods has become increasingly important. Journal of Power Sources, November 8 (online)

A new method to double the efficiency of wireless networks has been developed. This is significant as there is a limited amount of spectrum to transmit voice, text and Internet services.

Current radios for wireless communications use a half-duplex, where signals are transmitted and received in two separate channels. To make this more efficient, full duplex radios are needed. They would transmit signals at the same time in the same frequency band. But to make a full duplex radio, interference between the transmission and receiving functions has to be removed.

Researchers have now devised a digital method which would remove this interference and allow the radio to pick up much weaker incoming signals. As the solution is digital, costly new components do not need to be added to the existing infrastructure. Cell towers are the most likely places to start setting up full-duplex radios. IEEE Signal Processing Letters, October 8

MATERIAL SCIENCES
This wood is for good

Wood is the mainstay material for making furniture and houses due to its strength and light weight. It, however, has a major drawback: it easily absorbs moisture that makes it warp, bend and rot over time.

But scientists have now taken inspiration from black locust tree to improve softwoods widely used in construction. The black locust tree deposits flavonoids, the water-repelling substances found in plants, in its less durable sapwood. Flavonoids change the tree’s sapwood into darker heartwood that absorbs less water and is more durable.

Based on this, scientists incorporated flavonoids into the walls of the cells of spruce wood, a common building material. They found the treated wood was harder than untreated wood and was more resistant to the effects of water. ACS Applied Materials & Interfaces, October 1 (online)

Plants and soils act as carbon sinks, absorbing the ever-increasing amounts of carbon dioxide across the globe. But scientists warn that these natural carbon sinks will weaken over the next century.

Using a new computer model of Earth’s surface they examined how carbon storage might react to a warmer planet with higher atmospheric carbon dioxide concentrations. Results indicated that the potential range of outcomes is vast and includes the possibility that plants and soils may release huge amounts of carbon dioxide as the climate heats up, worsening global warming.

If this happens, stabilizing atmospheric greenhouse gas concentrations at a specific level would require more drastic efforts than have been proposed currently. Journal of Climate, November 1