European green crab is one of most hated invasive species. But it has helped save critically damaged Cape Cod marshes in the US by driving down the population of purple marsh crab, a native species that has multiplied out of control.

Overfishing has depleted purple marsh crab’s predators. As crab populations soared, they ate increasing amounts of grasses that hold marsh soil together and prevent erosion. Ever since green crabs have colonised the marshes they have either killed or scared most purple marsh crabs away from the grasses. This is helping the marshes slowly grow back to normal. Ecology, March 29 (online)

Breathalyzer tests have long been used for checking drunk driving, but it could be used to diagnose a wide range of illnesses in the future. It has long been known in Chinese medicine that smell of exhaled breath holds clue to a person’s health. But for the first time scientists have proven that compounds in exhaled air have a unique molecular composition, making a person’s breath as unique as his/her fingerprints.

Further studies on how this “breathprint” changes in response to diseases can help develop simple, non-invasive breath tests for diseases like cancer and asthma. PloS One, April 3 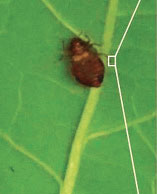 An age-old European folk remedy can come in handy against bed bug menace. In Balkan countries people would scatter leaves of kidney bean plant on the floor by their beds at night. As the bugs would come out of their hiding places and crawl towards the bed, hooked hairs on the leaves would pierce and trap them. In the morning, the leaves would be full of immobilised bed bugs, which would then be burned.

The remedy became redundant after the advent of pesticides, but scientists are now trying to develop a material that can mimic the trick. This would provide an effective and environment friendly way to beat today’s pesticide-resistant bed bugs. Journal of the Royal Society Interface, April 9 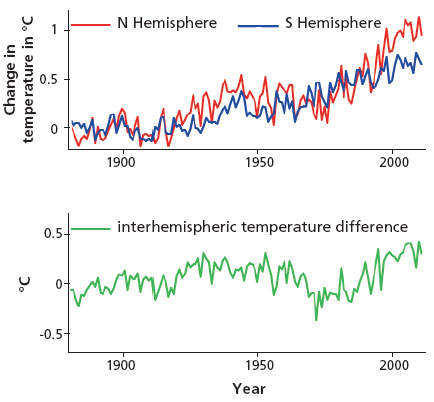 Average global temperature is increasing but Earth is not warming uniformly—because of higher land mass the northern hemisphere is warming faster than the ocean-dominated southern hemisphere. This difference in the rate of warming could significantly alter tropical rainfall patterns. A warmer northern hemisphere would weaken atmospheric overturning in the north, while strengthening it in the south, pushing rainbands northwards. This would mean increases in monsoon weather systems in Asia and shifting of the wet season from south to north in Africa and South America. Journal of Climate, April 1 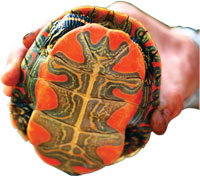 GENETICS
Secrets of a turtle

The genome of the western painted turtle, one of the most abundant turtles on Earth, has been sequenced. This is the first turtle to have its genome decoded and the analysis reveals that turtle genome evolves extremely slowly—at a rate about one third of the human genome.

The study has offered clues to the reptile’s longevity and ability to survive without oxygen while hibernating in ice-covered ponds during long winters. This understanding of natural mechanisms turtles use to protect the heart and brain from oxygen deprivation may one day help improve treatments for heart attacks or strokes. Genome Biology, March 28

Traditionally, materials either repel water or attract it. Now, a material has been designed that can switch between two states. The liquid-infused composite of four layers is smooth, transparent and flat in resting state and liquids can flow freely down its surface.

But when stretched it becomes opaque and stalls the movement of liquids. Like tears well up if a person stretches the eyes wide open, any deformation in the material, such as stretching, makes the liquid surface change its shape. This, in turn, changes the material’s properties. It can be used to make devices like self-cleaning contact lenses and water-repellent transparent tents that darken in the sun. Nature Materials, April 7 (online)

All cells in our body follow an electric field. In case of a wound this electric field is changed and a new one is created, attracting surrounding cells into the injured tissue. How this happens, however, has not been clear. Now a study on keratocytes, cells that form fish scales, has shown that a change in electric field makes certain electrically charged proteins in the cell membrane concentrate at the membrane edge. These proteins act as tiny electromagnetic compasses and propel cells towards a wound. The study can help develop better wound healing techniques. Current Biology, March 28 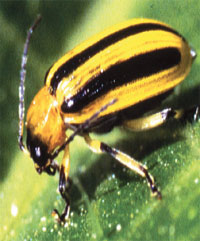 Ozone pollution is not just bad for plants it also impacts insects’ ability to find plants and flowers. Insects are able to locate their favourite plants by following the trail of certain aromatic compounds released by those plants. But ozone degrades these compounds and renders them ineffective in stimulating the antennae of the insects.

It has been observed that in presence of ozone striped cucumber beetles are unable to make their way to cucumber, squash, pumpkin and melon plants they feed on. Since nearly 70 per cent of our food comes from plants pollinated by insects, rising ozone levels in the atmosphere could have serious implications for our food supply. Environmental Research Letters, March 26 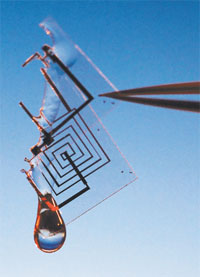 The day is not far when we would have biodegradable electronic devices that would completely dissolve away once they are no longer needed. Using a technology called “transient electronics”, scientists have developed several experimental devices like medical implants that dissolve harmlessly in the body after a fixed time and wireless environmental sensors, solar cells and digital cameras that dissolve away in water after a pre-fixed period of time.

The futuristic devices employ conventional integrated circuit materials—silicon and magnesium—but in an ultrathin form that is then encapsulated in silk protein. The structure of silk determines the device’s rate of dissolution from minutes to days, weeks or years. Presented at National Meeting & Exposition of the American Chemical Society, April 8

Dengue fever is at least three times more prevalent than is thought. WHO data shows that 50-100 million people fell prey to the debilitating viral disease in 2010. A new detailed map of global dengue distribution, however, shows the disease affected nearly 390 million people that year—96 million suffered from ‘apparent infections’ and 294 million had asymptomatic infections. Of the 96 million apparent infections, 70 per cent were in Asia. India alone accounted for around one-third of all infections. The model used in the study could help provide a framework to estimate the burden of the disease. Nature, April 7 (online)