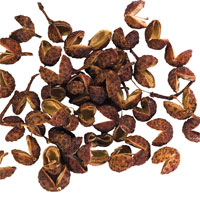 Ever wondered why a dash of szechuan peppers delivers a lip-rattling experience? It has been found that the spice mimics sense of touch in the brain. It chemically activates light-touch fibres on the lips and tongue, and sends 50 light vibrations to the brain every second. People experience the sensation when a machine vibrating at a particular frequency is placed on their lips. The finding offers insight into the complex interactions between the senses of taste and touch, and could help understand the cause of tingling sensations experienced by chronic pain patients. Proceedings of the Royal Society B, September 11

Gases like oxygen and methane are indicators of life and are known as atmospheric biomarkers. Detecting such biomarkers in the atmosphere of an exopla¬net should indicate the presence of life on the planet. Scientists are developing a computer model that can enable new-age telescopes to spot such biomar-kers on exoplanets.

Like different chemicals, biomarkers affect the way light passes through atmosphere, but their signals are faint. To assess the possible range of biomarker signals that can be detected by telescopes, the computer model mimics Earth-like atmosphere.

They found that biomarkers are easy to detect in the UV emissions of red-dwarf stars. The finding is just the beginning of a quest. European Planetary Science Congress 2013 September 8

Samples from an Antarctic subglacial lake revealed live microbes dating back 100,000 years. The microbes were found when the ice sheet over Lake Hodgson was drilled to take out sediment samples. Today the lake has a thin covering of three to four metres of ice. But thousands of years ago, it was entombed under 490 metres of ice.

The sediments were deposited when the lake was sealed under the thick ice. The finding could shed light on how life survives such harsh environments around the world and possibly on other planets. Diversity, September 6

Pencil squid has long been treated as a delicacy. Scientists have now discovered a novel use for the creature. The mollusk, considered to be master of disguise, can change its colour and skin texture to hide from predators. A protein called reflectin helps the squid develop this camouflage coating.

It can also reflect the light to make the squid nearly invisible. Scientists implanted reflectin into thin shits of graphene (a material made of carbon atoms) to create a material that would hide the wearer from night-vision cameras and other infrared detection. Its novelty lies in its functionality within the near-infrared region of the electromagnetic spectrum, roughly 700 to 1,200 nanometres. 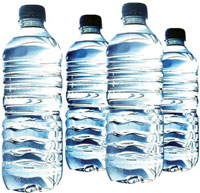 Commercial bottled water were found to contain as many as 24,520 chemicals. A majority of these chemicals interfere with hormonal system, especially those regulating reproductive and developmental activities.

An anti-estrogen chemical, di(2-ethylhexyl) fumarate or DEHF, was particularly present in high amounts. DEHF is used to make plastic more flexible. Its use remains unregulated. PLoS ONE, August 28 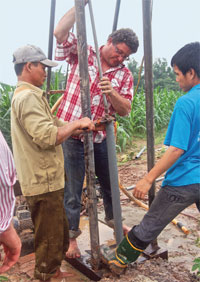 This sand is free from arsenic. But greyish sand in areas nearby a river contains arsenic. Researchers studied wells, both in the city and near the river. Earlier water levels were high in the inland aquifer. It drained towards the river and kept the polluted water at bay. 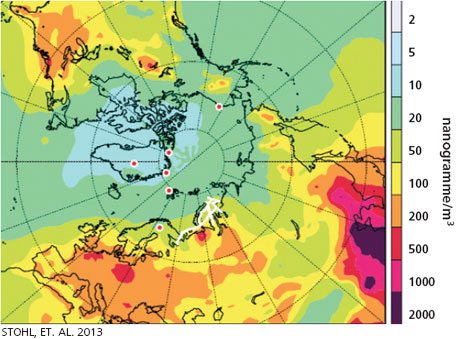 Biologists have identified a biochemical mechanism that helps make cholera toxin so deadly, often resulting in life-threatening diarrhoea that causes people to lose as much as half of their body fluids in a single day.

The cholera toxin, produced by Vibrio cholerae bacterium, reduces the delivery of proteins to molecular junctions that normally act like Velcro to hold intestinal cells together in the outer lining of the gut. The finding could help develop new therapies against the disease that affects people exposed to poor sanitation, Cell Host and Microbe, September 11

Softer, flexible and tree-like gorgonian corals seem to be proliferating in certain areas of the Caribbean in recent years, even as their stony counterparts struggle in a time of global warming and ocean acidification. Scientists analysed 27 years of photographs from reefs off the Caribbean Island and concluded that competition with stony corals—or lack of it—is influencing gorgonian growth. Nature, September 10 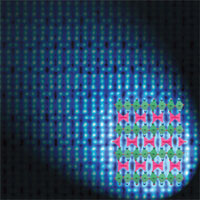 Scientists have developed a new material from strontium cobaltite, which can easily absorb or shed oxygen atoms at low temperatures. Materials with these novel characteristics would be useful in devices such as rechargeable batteries, sensors, gas converters, and fuel cells. Materials containing atoms that can switch back and forth between multiple oxidation states are technologically important but very rare in nature because most elements want to stay stable. Many energy storage and sensor devices rely on this valence-switching trick, known as a reduction-oxidation or redox reaction. Nature Materials, August 25 (online)