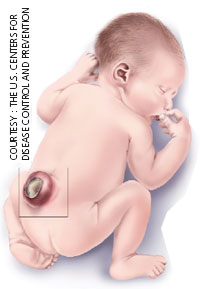 Deficiency of folic acid during pregnancy is known to have adverse effects on the offspring. However, very little is known about how this deficiency causes health problems like spina bifida and heart abnormalities. A study on mice shows that a mutation in the gene Mtrr necessary for metabolism of folic acid not only impacts the immediate offspring but also the next four or five generations. Mtrr gene encodes an enzyme that is key to the metabolism of folic acid and, when mutated, causes effects similar to dietary folic acid deficiency. Cell, September 2013 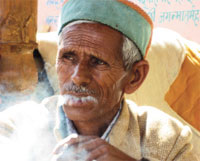 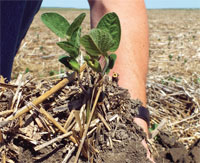 Researchers are developing a mechanism which would make plants consume less nitrogen. The key to the study is a bacteria called rhizobia. When leguminous plants interact with rhizobia, they supply it food and the bacteria, in turn, produces nitrogen which they utilise. But non-leguminous plants are “confused” when confronted with rhizobia. When such plants were subjected to a chemical signal from rhizobia, it was found that they reacted through a different mechanism. If all plants could be made to interpret the signal correctly, it might reduce the use of nitrogen fertilisers. Science, September 27

CHEMISTRY
From GHG to green fuel 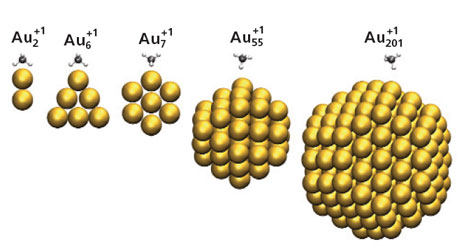 Scientists have found a way to turn methane, a gas having a huge green house effect, into useful chemicals such as methanol, ethylene and formaldehyde. Methanol, being a green fuel, is of special importance. The process requires partial oxidation of methane, using gold, under low temperature and pressure. Methane is produced both naturally (through human and animal biological processes) and as a byproduct of manmade processes, such as oil refining. The Journal of Physical Chemistry Letters, August 20 (online)

The formation of earth’s continents was a byproduct of mountain- building process, says a research which uses a new software to simulate the cooling of earth’s mantle over billions of years. According to the study, slabs of cold oceanic crusts were stacked as part of the mountain-building process, creating bases which supported the crust on which the continents took form. Computer simulations of the slow cooling process of the continents and the information on the distribution of diamonds inside the earth helped researchers reach this conclusion. The computer simulation results were corroborated using geological data derived from diamonds found in Africa. The study gives new insights into the process of formation of continents. Nature Geoscience, September 15 (online)

Triclosan, a common antibacterial used in toothpastes, liquid soaps, deodorants, detergents and several other personal healthcare products is making bacteria in natural environment resistant. This could have serious environmental repercussions. Not only can it adversely impact aquatic life, it could also reduce effectiveness of antibiotic drugs. Through seepage and overflow from domestic pipes and sewers, wastewater discharge, loaded with the chemical, reaches water bodies, leading to the growth of resistant bacteria. Environmental Science and Technology, July 18 (online)

It might sound far-fetched but banana plantations in Costa Rica are posing a threat to crocodiles in the country. The climate of the north eastern part of Costa Rica is ideal for banana cultivation and the country is a huge exporter of the fruit. The Rio Suerte, which flows through the north eastern part of Costa Rica, drains into Tortuguero Conservation Area which is home to caiman (Caiman crocodilus), one of the most common crocodiles in Central America. During heavy rains, which are frequent in the area, pesticides used in banana plantations get washed and end up in Tortuguero, impacting crocodile health. Blood tests conducted on 14 specimens had traces of 70 types of pesticides. Environmental Toxicology and Chemistry, September 18 (online) 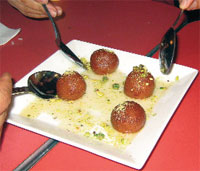 Consuming food prepared using artificial sweeteners does not make the brain feel as good as it does while taking real sugar because the pleasure people get in eating sweets is based on the energy they provide. The brain signal which is critical for determining the choice between sugars and sweeteners has been identified. Dopamine, the chemical which is behind generating “reward” feelings is also regulated by the same signal. The signal is generated only when the body metabolises sugar. The Journal of Physiology, September 22 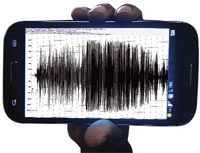 Smartphones could be the next big tool in dealing with the aftermath of earthquakes. Scientists say Micro-Electro-Mechanical System (MEMS) sensors, used in the phones to calibrate screen orientation, could be used to collect motion data during earthquakes. With ever-increasing number of smartphone users, this data could be used to create a huge real-time network which would help responders to allocate resources accurately to the places which suffer the most damage. However, most MEMS currently used are not sensitive to ground motion less than 5 on the Richter scale. But researchers say there will soon be phones sensitive enough too gauge earthquakes of lesser intensity. Bulletin of the Seismological Society of America, October 2013

Researchers have identified 10 regions in the world where measures for climate change adaptation would bear the best results, both for people and natural ecosystems. These are Central America, Caribbean, Andes, Guiana Highlands, Atlantic Coast of Brazil, Albertine rift, Madagascar, Ghats (Western Ghats in India, and Sri Lanka), Philippines and Java. Researchers say the study shows that the future of farmers and wildlife in many regions are interconnected and immediate attention is required to help farmers living in these areas. Help could be in the form of efforts like promoting biodiversity-friendly crops in the regions. These areas are likely to give best returns as far as climate adaptation techniques are concerned. PLOS ONE, August 21