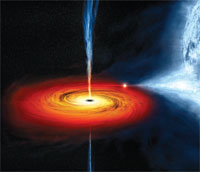 ASTROPHYSICS
Black hole jets emit iron, nickel
A typical black hole, named 4U1630-47, has been found to be emitting iron and nickel atoms in the space. Black holes sometimes consume matter from surrounding bodies and eject a part of it as jets. Black hole jets generally throw out lighter particles into space and this is the first time that heavy elements like iron have been found. Black hole jets, the discovery indicates, are powered by its accretion disk (a belt of gases around the black hole) and not by its spin which is likely to produce only light particles. Nature, November 13 (online)

Though bad for breath, garlic can be a life-saver for your baby. Diallyl sulfide and ajoene, two compounds found in garlic, are extremely effective in reducing the risk of Cronobacter sakazakii, a food-borne pathogen found in dry infant formula powder. Contamination cases have been reported worldwide and are often fatal for babies. The pathogen poisons the blood stream and leads to meningitis. Applied and Environmental Microbiology, November 22

Mass extinction of species which took place 250 million years ago and led to the rise of dinosaurs could have been due to acid rains caused by volcanic eruptions in Siberia. Over 90 per cent of marine and 70 per cent of territorial species were lost in the mass extinction. An assessesment of the impact of gases released by Siberian Traps during the period shows that volcanic releases of carbon dioxide and sulphur dioxide could have caused highly acidic rains which might have removed nutrients from the soils and damaged vulnerable terrestrial organisms. Eruptions could have also released halogen-bearing compounds like methyl chloride severely damaging the ozone. Geology, November 22 (online) 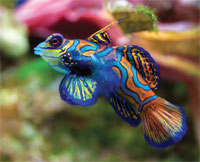 Rise in global temperature is making fish lethargic, hitting their ability to grow and reproduce. A study on commercially important coral trouts has shown that increasing ocean temperature impacts their swimming, the activity on which fish depend for everything, from hunting to finding mates. When the fish do swim in waters having more than normal temperature, they do so at a slower speed. Understanding this would help in developing management plans and improve fisheries. Global Change Biology, 26 November (online) 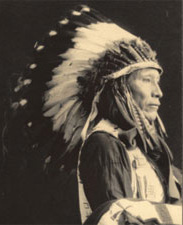 It may sound like something out of the world but researchers say it may be possible to create self-healing synthetic materials. Computational model of a polymer gel that could help materials regenerate themselves has been developed. Unlike living materials, which have a circulatory system to sense damage and supply regrowth nutrients, synthetic materials do not have any such mechanism. To overcome the problem, a hybrid material of nanorods embedded in a polymer gel surrounded by a solution containing molecules linking one polymer chain to another was created. During damage, the gel gets severed and nanorods act as sensors to cause a polymerization reaction with the monomer and cross linkers in the outer solution, resulting in regrowth. Nano Letters, November 19 (online)

Earth has enough carbon dioxide to warm the planet for hundreds of years. A simulation showed that if carbon levels were completely stopped after they reach a global level of 1,800 billion tonnes, it would take more than a millennium for the earth to absorb the element—40 per cent would be absorbed by Earth’s oceans and land within 20 years and the next 40 per cent would be soaked up in about a 1,000 years. Nature, November 24 (online)

Neutrinos are extremely small particles which have no charge and which rarely react with any matter. Billions of neutrinos, created in the sun or earth’s atmosphere, pass through every square inch of earth every second. But neutrinos from outside the solar system are very rare. Scientists have for the first time observed high-energy neutrinos stemming from outside our solar system. 28 such neutrinos, each having the energy of over 50 tera-electron volts (1,000 times more energy than neutrinos from any terrestrial accelerator), were recorded between May 2010 and May 2012. The neutrinos could give clues about the cosmic objects they originate from, such as supernovas, black holes and pulsars. Science, November 22 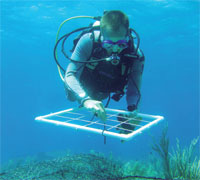 Coral reefs are susceptible to diseases and bleaching when subjected to sewage and agricultural pollution. In a three-year-long experiment held from 2009 to 2012 on 1,200 corals in Florida Keys, US, it has been found that controlled exposure to pollutants like nitrogen and phosphorus doubled the incidence of diseases and tripled the incidence of bleaching.Ã”Ã‡ÃªCoral reefs are home to a variety of fish, plants and aquatic life. On a positive note, the experiment showed that reefs recover remarkably quickly once pollution is stopped. Global Change Biology, November 26 (online)

ENVIRONMENTAL SCIENCES
Humans not at the top of food chain 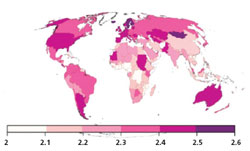 In a first-of-its-kind study, researchers have calculated what they call Human Trophic Level to place humans in the food chain. Trophic levels are a measure of diet composition. The scale goes from 1 (primary producers) to 5 (apex predators). Humans were found to score 2.21 on the scale, indicating that vegetables are still more than half of our diet. There are a lot of regional variations but humans are not at the top of the food chain. The study also showed that meat eating has been increasing over time and the more advanced a country, the more meat it consumes. PNAS, December 2 (online)