MATERIAL SCIENCE
Titanium could get cheap

A new method to extract titanium, a metal widely used in aerospace and defence industry for its strength and light weight, has been found. The conventional process to extract the metal requires a temperature of 1,800 degrees Fahrenheit, which hikes up its cost. The temperature is necessary due to the metal’s exceptionally strong affinity to oxygen. The new method, which uses magnesium hydride, lowers the extraction temperature by 60 per cent, substantially reducing the cost. This could widen the scope for largescale use of the fourth most common metal on Earth. Journal of American Chemical Society, November 20 (online) 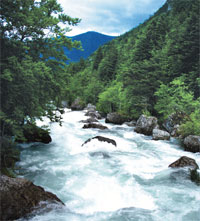 ENVIRONMENTAL SCIENCE
Rivers to blame, too

The study could be of great help in analysing the movement of nutrients, green house gases and metals in water networks. Nature, November 20 (online) 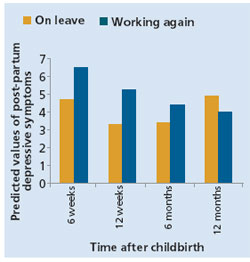 The longer a woman remains on leave after pregnancy, the better her chance to avoid post-partum depression. Most women in the US return to work three months after pregnancy and 13 per cent of all mothers go through the depression.

Research says that women who get back to work in less than six months after pregnancy were more likely to experience post-partum depression. Journal of Health, Politics and Law, December 4 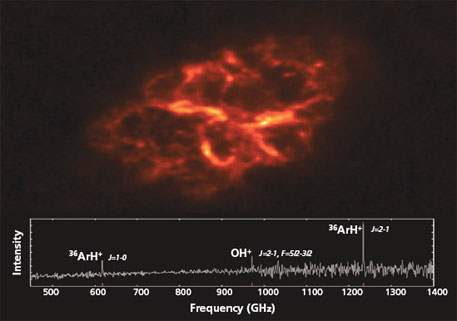 Molecules of a noble gas argon have been found for the first time in space. Chemical fingerprints of argon hydride ions were found in the Crab Nebula, a supernova remnant. The discovery could provide information regarding the formation of the gas in nature. Science, December 13 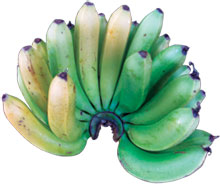 Banana varieties which face attacks from the parasitic nematode Radopholus similis keep specific plant toxins near the damaged root tissues. The toxin accumulates in the body of the nematode till it dies. The discovery could be of great use in developing pest-resistant varieties. PNAS, December 9 (online)

An optical scanner to trace zinc, an essential nutrient present in every body tissue, has been developed. The sensor could provide early diagnosis of prostate cancer. Zinc levels in the prostate are normally high, but show a noticeable drop in cancerous prostate cells. The sensor can focus on specific organs and mark out areas of high zinc concentration. PNAS, December 9

CLIMATE SCIENCE
Deadliest of all

Scientists have discovered the most “radiatively efficient” chemical ever—perfluorotributylamine or PFTBA. Radiative efficiency is a measure of a chemical’s capacity to impact climate. Over a 100-year-period, one molecule of PFTBA has the same climate impact as 7,100 molecules of carbon dioxide. PFTBA does not occur naturally and there are no known natural processes to destruct or alter it, hence it has a very long life. Geophysical Research Letters, November 27 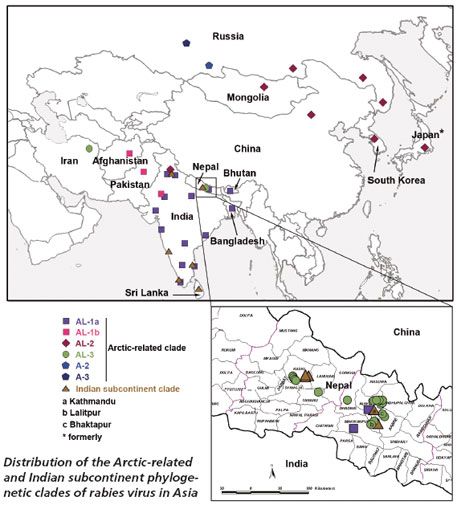 Rabies is endemic in most Asian countries. The genetic diversity of the rabies virus in Nepal is not known. A comparison of 24 samples collected from 2003 to 2011 in Nepal with known strains shows the presence of three groups in the country: one clade (a group of organisms considered as having evolved from a common ancestor) from the Indian subcontinent and two sub-clades from the Arctic-related clade. The research suggests that at least two independent episodes of rabies introduction from neighbouring countries occurred in Nepal. The study could provide directions for control of rabies in the country. PLOS, November 21

Subjecting clothes or mattresses infested with bedbugs to freezing temperatures is a commonly used method to remove the bug. But bedbugs are not as susceptible to low temperatures as thought. The bugÃ”Ã‡Ãªcan lower the freezing point of its body fluids to save itself. Researchers say that to ensure all bugs are killed, bug-infested items must be exposed to -16 degrees Centigrade for 80 hours. Hundred per cent mortality can also be achieved by subjecting bedbugs to -20 degrees Centigrade for 40 hours. Journal of Economic Entomology, December 8