A new type of solar cell has been developed which absorbs light during the day and shinesby the night. The cell is made of perovskite, a futuristic material, that can produce cheap solar power as it has a high conversion rate.Ã”Ã‡ÃªThe technology has widespread use. It can be used to make window panes which will absorb sunlight during the day and act as display screens at night. Nature Materials, March 16 (online) 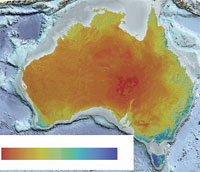 A map depicting organic carbon stored in Australian soil has been created which can act as a benchmark for monitoring changes in the country’s carbon sequestration. The map has been created using a model to predict organic carbon content in soil, upto a depth of 30m,Ã”Ã‡Ãªfor two billion football field-size blocks across Australia. Global Change Biology, March 6 (online) 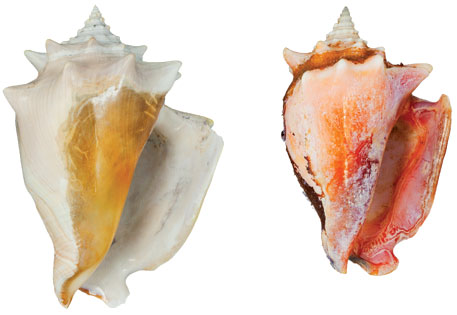 It has been found that the Caribbean fighting conch had 66 per cent more meat 7,000 years ago than it has today, but human hunting made it more advantageous for the marine shellfish to become smaller. The findings are based on a comparitive analysis of the size of excavated mature shells and fossils, and indicate that human-driven evolution or “unnatural selection” made the shellfish reduce its size. This is the first case where it has been shown how low-intensity activities by humans can causeÃ”Ã‡Ãªevolution. Proceedings of the Royal Society B, March 19 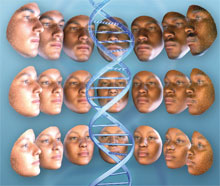 It is already known that DNA can be used to track an individual’s ancestry. But it can also help in recreating one’s facial features, gender and race. Five per cent of genes controlÃ”Ã‡Ãªthe differences in physical features. Their expression depends on the region, climate and social environment. By analysing genetic markers of different face shapes and the relationship between variations in face shapes and the effect of sex and genomic ancestry, it is possible to figure out how a person looks. PLoS ONE, March 20 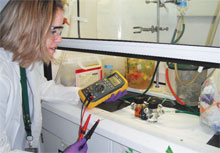 Researchers have developed a new approach to simulate the processes that may have led to the emergence of cell metabolism on Earth. This could help scientists understand if it is possible for life to have emerged in similar environments. One of the theories of origin of life is that it emerged in places like hydrothermal vents on the ocean floor. When the traditional platinum catalyst in fuel cells was replaced with geological minerals like iron and nickel, energy could still be produced. This model can be used to test if hydrothermal system can produce enough energy to start life.Ã”Ã‡ÃªAstrobiology, March 13

How can some people eat high calorie food and not gain weight? The answer lies in the “poor fuel economy” of their inefficient muscles. A study on rats has found that those who are genetically disposed towards leanness have higher levels of proteins that support energy expenditure and lower level of those which help energy conservation. This makes them burn more fat than others while doing same exercises. The study holds clues for devising obesity treatment strategies. American Journal of Physiology—Endocrinology and Metabolism, March 15

CHEMISTRY
How do batteries degrade

A new mechanism to study the degradation process of commonly used lithium ion battery electrolyte has been found. The technology uses a scanning transmission electron microscope (STEM) and gives real time nanoscale images. By simulating battery-like atmosphere in miniature chambers and subjecting different electrolytes to STEM’s electron beam, scientists have succeeded in finding how the electrolytes degrade in real time. Most current mechanisms to study electrolyte behaviour can only do a post-mortem analysis. The technology will help in creating batteries with better stability, performance and longevity. Nano Letters, February 21 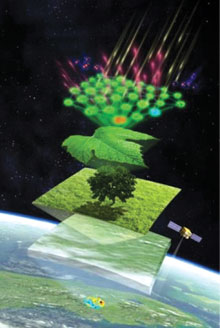 Photosynthesis activity is changing in different regions of the world because of human induced climate change. A newÃ”Ã‡Ãªtechnology, which uses satellites toÃ”Ã‡ÃªmeasureÃ”Ã‡Ãªfluorescence, the light plants emit when sunlight excites chlorophyll, makes it possible to measure photosynthetic activity on Earth. The technique calculates photosynthesis activity in real time and could give the first direct observation of photosynthesis on the planetary scale. The model can be used to survey and compare productivity of different regions. PNAS, March 25

A global map to assess the impact of fishing on unintended victims, or by-catch, has been created. The map is based on hundreds of studies published during 1990 to 2008, and takes into consideration the kind of animals caught as by-catch, the gears they were trapped in and the areas of high incidence.Ã”Ã‡ÃªThe study shows that marine mammal by-catch (such as dolphin) is the highest in the eastern Pacific and the Mediterranean ocean, while sea turtles are caught mostly in the southwest Atlantic, eastern Pacific and the Mediterranean oceans. It also shows that sea-birds by-catch is the highest in southwest Atlantic and Southern Indian oceans. Knowing by-catch hot spots would help in formulating better conservation strategies. PNAS March 25