Science, Nature under scan for refusing to publish important papers 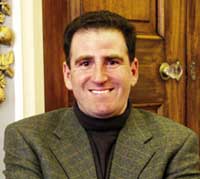 Two of the world's leading science journals have come under fire from researchers for refusing to publish papers which refute global warming. Benny Peiser, a British authority on natural catastrophes, who disputed whether climatologists really agree that the Earth is getting warmer because of human activity, says that the American publication, Science, rejected his study on the flimsiest of grounds.

Another team of scientists, consulted by Science and Nature to review papers on global warming, said it was dropped after attempting to publish its own research that raised doubts over the issue.

The controversy follows the publication by Science in December 2005, of a paper which demonstrated that there is near-unanimous agreement amongst climate experts over the veracity of global warming. The author of the paper, Naomi Oreskes of the University of California, analysed almost 1,000 papers on the subject published since the early 1990s, and concluded that 75 per cent of them either explicitly or implicitly backed the consensus view, while none directly dissented from it. The unequivocal conclusions immediately raised suspicions among other academics including Peiser, a senior lecturer in the science faculty at Liverpool John Moores University. Peiser conducted his own analysis of the same set of 1,000 documents and concluded that only one third backed the consensus view.

Peiser submitted his findings to Science in January, but has now been told that his results have been rejected because that the points he made been "widely dispersed on the Internet". A spokesperson for Science said Peiser's research had been rejected because it "was not perceived to be novel".