2020 Physics Nobel to trio for work on black holes

Roger Penrose showed black holes to be a direct consequence of Theory of Relativity; Reinhard Genzel and Andrea Ghez discovered a massive black hole at the centre of Milky Way 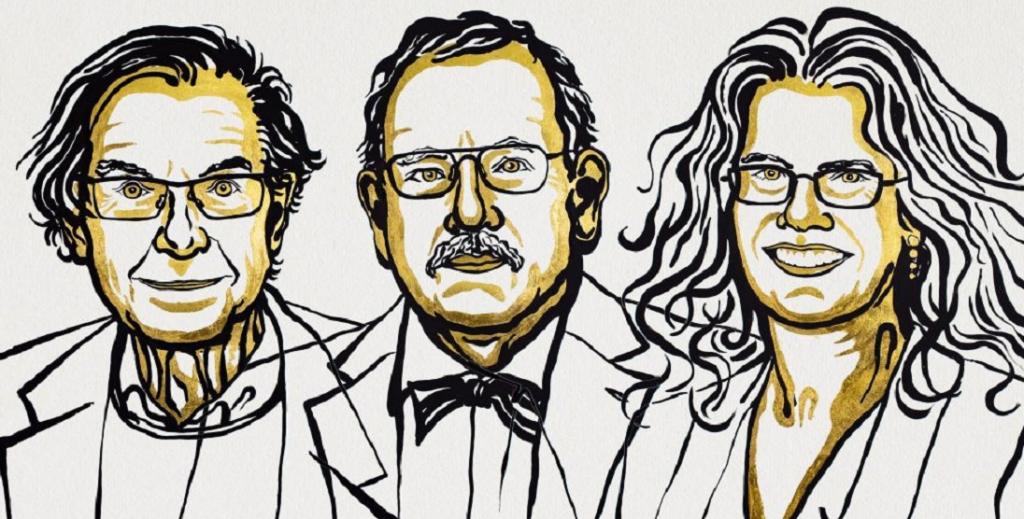 Roger Penrose, Reinhard Genzel and Andrea Ghez are the recipients of this year’s Nobel Prize in Physics, the Royal Swedish Academy of Sciences announced October 6, 2020.

One-half of the prize has been awarded to Penrose of the United Kingdom “for the discovery that black hole formation is a robust prediction of the General Theory of Relativity”, a statement from the academy said.

The other half has been jointly warded to Genzel and Ghez “for the discovery of a supermassive compact object at the centre of our galaxy”, the statement added.

Penrose, a professor at the University of Oxford, used ingenious mathematical methods in his proof that black holes are a direct consequence of Albert Einstein’s General Theory of Relativity.

Black holes usually capture everything that enters them; Light cannot escape once it has entered them. Einstein did not himself believe that black holes really existed.

In January 1965, 10 years after Einstein’s death, Penrose proved that black holes really can form and described them in detail. His ground breaking article is still regarded as the most important contribution to the general theory of relativity since Einstein.

The orbits of the brightest stars closest to the middle of the Milky Way have been mapped with increasing precision. The measurements of these two groups agree, with both finding an extremely heavy, invisible object that pulls on the jumble of stars, causing them to rush around at dizzying speeds.

Around four million solar masses are packed together in a region no larger than our solar system. Using the world’s largest telescopes, Genzel and Ghez developed methods to see through the huge clouds of interstellar gas and dust to the centre of the Milky Way.

BREAKING NEWS:
The Royal Swedish Academy of Sciences has decided to award the 2020 #NobelPrize in Physics with one half to Roger Penrose and the other half jointly to Reinhard Genzel and Andrea Ghez. pic.twitter.com/MipWwFtMjz