How do you weigh a dinosaur? There are two ways, and it turns out they’re both right

An animal’s body mass is a fundamental property of its biology. It dictates what an animal can eat, how far and fast it can move, and how many offspring it can have. 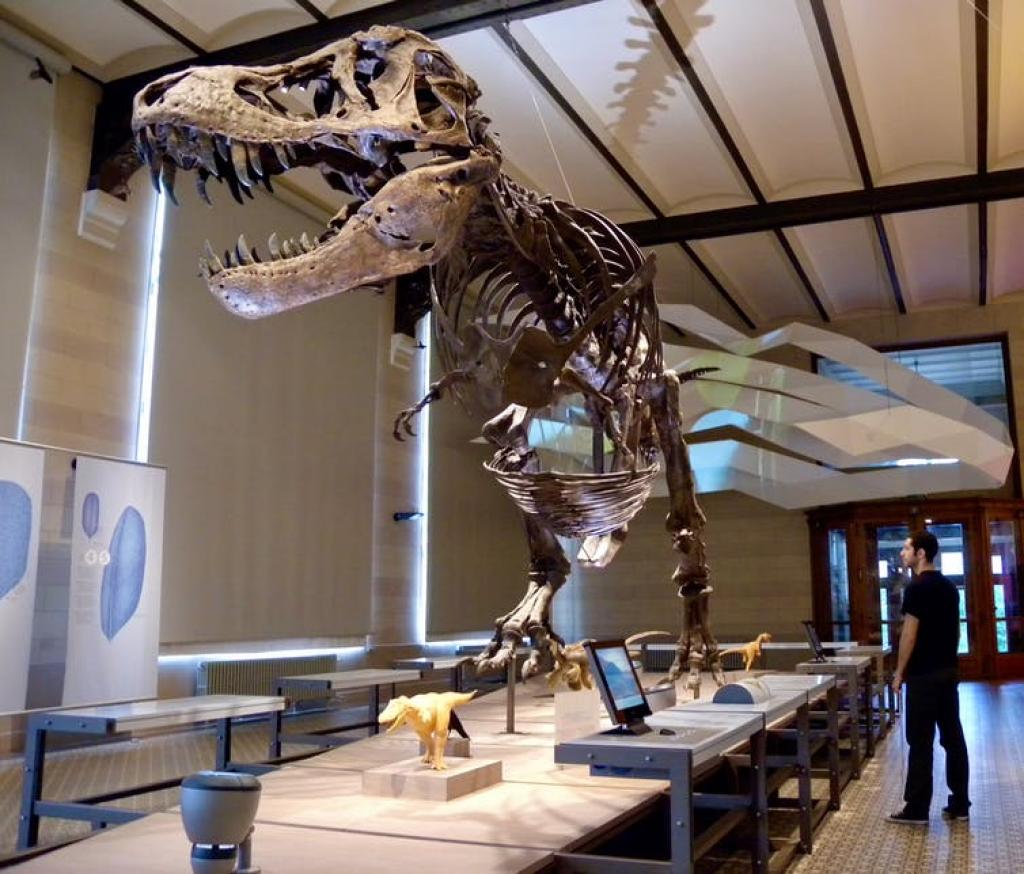 The most emblematic feature of dinosaurs is their body size. Some dinosaurs reached enormous sizes during the Mesozoic Era which ended 66 million years ago, with some species maybe even approaching 100 tonnes. The largest animals ever to walk on Earth were almost certainly dinosaurs.

But how do we know how heavy they really were? Dinosaurs (the non-bird kind) have been extinct for tens of millions of years, and for the most part only their bones remain.

How can we possibly weigh them, and how can we be sure our assumptions aren’t wildly off the mark?

Our research, published in Biological Reviews, offers a way to check. We found that two rival ways to estimate dinosaurs’ body size – long thought to be fundamentally at odds – actually offer consistent and complementary ways to approximate the weight of these prehistoric titans.

An animal’s body mass is a fundamental property of its biology. It dictates what an animal can eat, how far and fast it can move, and how many offspring it can have.

It should therefore come as no surprise that palaeontologists have worked tirelessly for more than a century to deduce the body masses of extinct animals such as dinosaurs. If we can measure body mass in the past, it will improve our understanding of how these long-dead creatures truly lived.

So how do you “weigh” a dinosaur? There are two approaches.

One option is to reconstruct what the animal might have looked like, including how big it may have been, and then estimate the total weight of its bones, muscles and other tissues. This approach incorporates as much anatomical data as can be recovered from the fossil record, but our confidence in this method depends on how complete a fossil we are looking at.

As a result, animals such as the famous Tyrannosaurus rex, whose fossil record has been collected for more than century, require much less guesswork to reconstruct than many of Australia’s dinosaurs, which are often based on a few bones. In either case, reconstructing a long-extinct fossil inevitably requires some assumptions.

The second approach is to measure certain key bone parameters, such as the circumferences of the humerus and femur, and insert these measurements into scaling equations derived from animals alive today.

This method offers a simple description of the possible body masses a set of limbs could theoretically carry. But, because it is based on a few measurements, it can be imprecise, especially for the largest dinosaurs.

Limb scaling equations also assume that limb size and body mass scale the same way in dinosaurs as in modern animals. Limb circumferences have been shown to consistently predict body mass in very different types of living land animals, include primates, marsupials, and turtles. This suggests they can provide an external measure of accuracy for the more precise estimates obtained from reconstructions.

Having two different ways to measure the same thing might sound very useful in terms of double-checking the results. But these approaches have sometimes yielded significantly different body mass estimates.

In a recent example, a reconstruction of the gigantic titanosaur Dreadnoughtus, which lived roughly 80 million years ago in what is now Argentina, suggested a body mass between 27 and 38 tonnes. Yet its colossal legs suggest it could have supported even more weight: between 44 and 74 tonnes.

Such differences have led many palaeontologists to believe these two approaches are fundamentally at odds, leading to the disappointing prospect that we might never know how big some dinosaurs really were.

But our new research offers a more hopeful view. We analysed more than 400 dinosaur reconstructions generated over the past 115 years, and used them to compare the body masses obtained through reconstructions to that expected from the dinosaurs’ limb bone circumferences.

We found both approaches tend to arrive at similar body mass estimates. This suggests discrepancies such as the Dreadnoughtus example are the exception rather than the rule. It seems the specimen used to reconstruct Dreadnoughtus may have had overly built limbs. One possibility, despite its amazing size, is that it was still growing when it died. This could mean the reconstruction approach is a better representation of this specimen’s size, whereas the limb scaling approach may indicate the size it was yet to reach.

But for most dinosaurs, we argue these methods should never be considered in opposition to each other, as they are conceptually very different. Reconstructions offer precision, whereas scaling provides accuracy.

To explain the difference between “precision” and “accuracy”, and why both are important, let’s use an analogy. Imagine getting a true estimate of a dinosaur’s body mass is like hitting a bullseye on a dartboard.

Reconstructing an extinct animal is like designing the dart. You collate as much information as possible on the skeleton. In our analogy, this is like creating a dart that flies precisely where you want it to go when you throw it at the wall.

But to hit the bullseye you also have to know where on the wall the bullseye actually is. In this instance, this means calibrating our estimate by using the scaling method, which is based on direct comparisons with living animals whose body mass we can measure directly, without the assumptions inherent in reconstructing extinct animals.

Read more: Curious Kids: how do we know if a dinosaur skeleton is from a child dinosaur or an adult dinosaur?

Our research suggests palaeontologists do have enough knowledge to hit bullseyes most of the time when trying to estimate dinosaur body masses. And in cases where estimates still vary, such as Dreadnoughtus we can have fun trying to work out why we were wide of the mark.