Tornadoes are not born in clouds but on ground, says new research 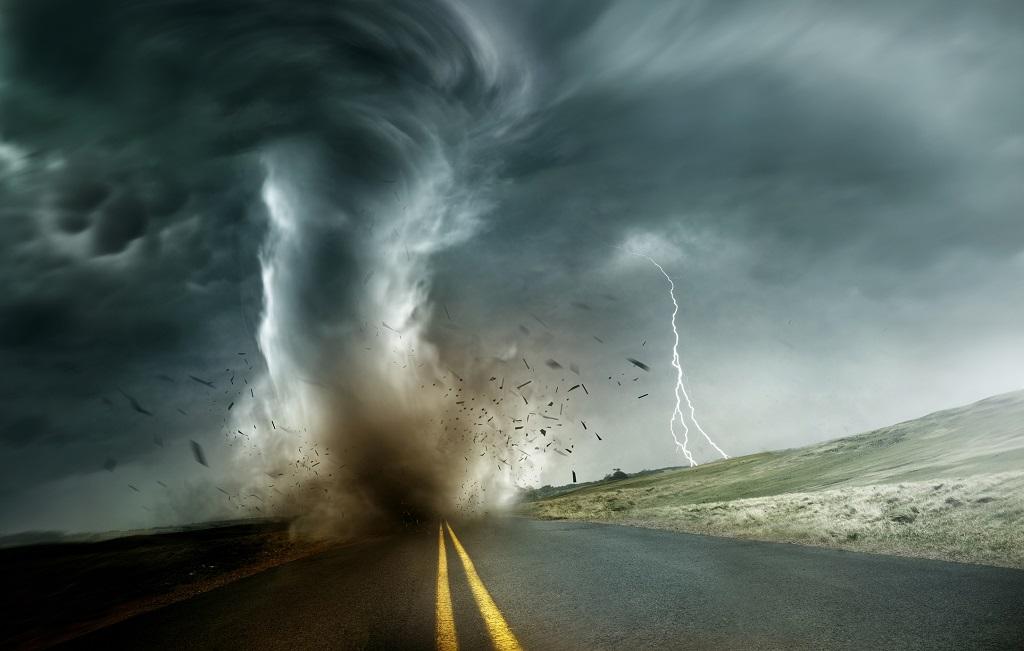 Tornadoes are pretty rare in India. But during the destructive dust storm season of 2018 in North India, many eye witnesses stated that they had seen tornado like phenomenon during the most intense dust storms. One of these even destroyed an oil mill near Kumher town in Rajasthan. One such event was also recorded in June this year near Pune. Another major tornado event in 2010 had killed 130 people and destroyed 1 lakh houses.

Both India’s administrative and scientific community needs to be ready to be able to forecast such events in the future. But before forecasting tornadoes one should know how they are formed.

Scientists have believed that tornadoes are born in the clouds of thunderstorms in the form of funnel like wind systems and make their way down towards the Earth, sucking air from the surroundings, in a conical formation–lifting and whirling everything that comes in their way. But a new study now suggests that this scientific belief needs a relook.

It says that tornadoes are formed from the ground up or along the wind circulation column instead of top down. This would mean that the forecasting mechanism for tornadoes needs to undergo a major change. “You are not going to really ever be finding strong evidence of a tornado descending, so we need to stop making that a priority in our forecasting strategies,” Jana Houser of Ohio University told the media.

The researchers at the Ohio University and the Appalachian State University used a new rapid scanning mobile doppler radar technology, still photos and videos to study a live tornado in 2013. The new doppler radar can measure wind speeds inside a tornado every 30 seconds.

This tornado named El Reno in central Oklahoma was one of the widest ever recorded (4.2 km) with record breaking wind speeds of 480 km/hr. When Houser compared the photographic evidence of the disaster to her radar data, she found something peculiar. There was a miniscule tornado on the ground even before her radar had picked it up.

Though, getting reliable ground level data in the case of a tornado is difficult, the scientists mounted the instruments a little above the ground and made sure that there were no obstructions between them and the tornado. This gave them the data they needed.

Their observations have clearly shown that the tornado had not formed up in the clouds but down on the ground. But this could also have been a one off anomalous event. So, Houser and her group studied data from four other tornado formations and came to the same conclusion—none of the tornadoes had formed in a top-down process. They were either formed on the ground first or simultaneously along the column from the ground to the cloud.

“It emphasizes the fact that we need to have strong, low-level, basically near-ground level rotation, located in the right spot, at the right time, with respect to the larger parent storm circulations in order to form a tornado,” Houser told the media.