It's a landmark case but there are many unknowns 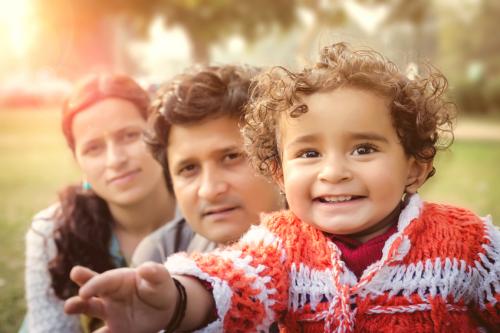 A baby boy, the first child to be born using a new technique that incorporates DNA from three people, is now five months old. It is great news – the birth of a healthy baby conceived by this new procedure is a major step forward and will lead to a new way of preventing the inheritance of mitochondrial diseases.

Mitochondria are the powerhouses of cells. They generate energy for all life processes. One in 400 people has a maternally-inherited mutation in mitochondrial DNA (mtDNA), the blueprint for some vital mitochondrial components. MtDNA mutations can cause a range of illnesses, including deafness, blindness, diabetes, and heart and liver failure. People with these disorders usually have both normal and damaged mtDNA, the symptoms being generally worse the higher the dose of damaged mtDNA. Sadly, there are no cures.

In Mitochondrial replacement therapy (MRT), embryos of the couple at risk of having an affected child are generated in a test tube. In this case, the nucleus that contains all of the genetic material apart from the mitochondria was removed from the mother’s egg and placed into an egg with healthy mitochondria, from which the nucleus had been removed. The egg was then fertilised with the father’s sperm and the resulting embryo was placed in the mother’s womb where it developed into the baby.

This means the baby has three genetic parents: the father who supplied the sperm, the mother who supplied both womb and the egg nucleus, and an anonymous donor who supplied healthy mitochondria. Of these, the mitochondrial DNA is by far the smallest contribution. This type of three-parent baby is new, although other types have existed for many years.

MRT is being developed by groups in the UK and US to help the families of patients who have mitochondrial disease with a high recurrence risk in future children.

While experiments on monkeys and mice suggested that such babies would probably be healthy, this procedure hadn’t been used in humans until now. Eggs are highly organised cells. Replacing the nucleus does not prevent development into a baby, but it causes damage to the cell that probably requires radical re-organisation. So, the effects of such manipulations are still unknown and could cause problems later in life, such as an increased chance of diabetes.

According to a New Scientist report, the mother of the child, a Jordanian woman, had been trying for a family for 20 years. Her two children both died of Leigh syndrome – aged eight months, and six. The woman had a high risk of having further affected children.

In many countries, the mother would have been given other choices before MRT was offered. First, she would have been offered eggs from an unrelated healthy donor. These could be fertilised with her partner’s sperm and put into her womb, preventing transmission of the mitochondrial disease completely. The woman with mtDNA disease is then the biological but not the genetic mother. Being born to a woman who is not your genetic parent may be acceptable to some people, given that perhaps up to one in 10 people in the UK do not identify their genetic fathers correctly – but it may have been unacceptable to this family.

She would have also been offered pre-implantation genetic diagnosis whereby several embryos can be tested at an early stage and the best one selected to be placed in the mother’s womb. However, this was reportedly not ethically acceptable to this family.

The birth of a healthy baby after this technique is a big step forward. In the past related manipulations to improve “oocyte mitochondrial quality” have been carried out – so called “ooplasm donation” which involves donor mitochondria that are injected into a germ cell in the ovary (an oocyte). But this procedure reportedly caused genetic defects and perhaps autism in one case.

While it is not yet possible to give the latest baby a decisive “all clear”, he carries a low level of the damaging mutation, making it highly unlikely that he will develop Leigh syndrome.

However, there are two more details of the story that could affect what happens next. First, the procedure could be termed “medical tourism”: it was done in Mexico by a team based in New York City, so it was not covered by US regulations, which do not permit the procedure. The Institute of Medicine’s Committee on the Ethical and Social Policy Considerations of Novel Techniques for Prevention of Maternal Transmission of Mitochondrial DNA Diseases declined to give regulatory approval for clinical use of the procedure until research to answer critical safety and efficacy questions has been done.

Another problem is that we are not told how high the level of damaging mtDNA was in the mother’s egg before the procedure was carried out – a detail that indicates how likely the child was to be severely affected at the outset. If the level and hence the risk was high, this is a laudable technical advance that has massively reduced the child’s chance of suffering a severe illness. If the level was low and compatible with a healthy life, then a procedure with significant unknowns might have been done unnecessarily – illustrating how much we need regulation to protect the rights of the future child. Reports do not clarify these vital details.

This story is the beginning of a new treatment with massive potential for good. However, rigorous regulation and checks on the unknowns of this new and controversial technology are needed.