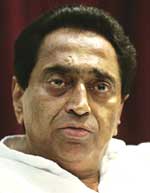 world trade observers are baffled over a 25-nation mini ministerial held in the shadow of the World Economic Forum (wef) meet at Davos, Switzerland.

An aura of secrecy surrounded the mini ministerial, held on January 27 and 28. It involved developed economies like the us, the eu, Japan and Australia, and leading developing countries like Brazil and India. The conclave is being seen as a threat to the multilateral nature of the 149-member World Trade Organization (wto); it is believed to set personal agendas rather than follow the trade body's motto. The media and the wto website were silent over the event.

"There is a chance that any decisions taken at this mini-ministerial could have been influenced by the presence of industry heavyweights in the ringside," says Aftab Alam Khan of the Trade Justice campaign of the ngo , ActionAid.

Sources at the Union ministry of commerce and industry say the conclave was held primarily to decide the 'timeline' for some 33 technical issues that had been discussed at the Hong Kong ministerial in December, 2005. An informal draft prepared at the mini-ministerial has also been circulated among all wto members.

Meanwhile, trade expert Jack Yan has praised India's role in the mini ministerial for the aggressive stand taken by the Union commerce minister Kamal Nath, on the issue of allowing market access in return for export subsidy reduction by developed countries. "We cannot be asked to pay for their stopping something they should not be doing in the first place," Nath had told the media.

Interestingly, ministers from the us, the eu, Australia, Brazil, India, and Japan, referred to as g-6 (Group of Six), had also met a few days earlier at the same venue.