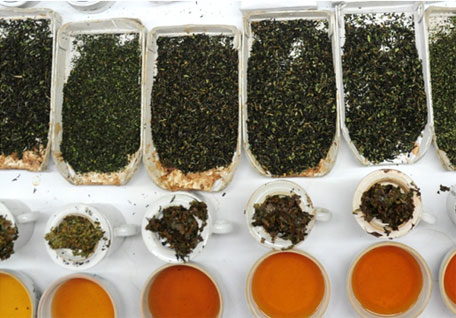 Arunachal Pradesh is the fifth largest tea growing state in India but small growers who produce most of this tea are unable to avail promotional subsidies from the Tea Board of India.

The north-eastern state boasts of an impressive 4,500 small tea growers who together with a handful of big growers and a few tea estates produce over 11 million kg of tea every year.

Tea grown in the hills of Arunachal has the potential to match the quality and aroma of the famous Darjeeling tea gardens of northern West Bengal, the Tea Research Association had said last year.

Why clearance?
In 2000, the Union Ministry of Environment and Forests (MoEF) made it mandatory for small growers (even those planting tea on less than four hectares of land) to obtain a clearance to ensure they are not violating the Forest Conservation Act, 1980, and a 1996 Supreme Court order to prevent deforestation in Tirap and Changlang districts. The clearance is necessary to register with the Tea Board of India. Though this has not prevented small growers from converting their croplands to tea, they are unable to avail subsidies from the Tea Board of India.

“How can a poor farmer cultivating tea on two hectares of land get a clearance from the Union ministry?” asks Tadak Gap, president of Arunachal Pradesh Small Tea Growers Association. “Some rich farmers have obtained the clearance but small growers with land deeds and clearance from the state forest department are unable to do so,” adds Gap.

The MoEF directive is meant to prevent conversion of forestlands (Arunachal Pradesh has a forest cover of 82 per cent) but small growers who have converted their croplands to tea are bearing the brunt. Small growers from the neighbouring state of Assam, the largest tea producing state in India, require no such clearance.

Only 32 farmers registered
Before the year 2000, the state forest department used to give the necessary clearance. With a land possession certificate (LPC) the small farmer could then register itself with the Tea Board of India and avail subsidy schemes. At present only 32 small growers in Arunachal Pradesh are registered with the Tea Board.

Since 2007, the Tea Board started a promotional subsidy scheme of Rs 76,000 per hectare for small growers (cultivating tea on less than four hectares). The idea was to promote tea cultivation in the Northeast due to its favourable weather and soil conditions.

There is no estimate on how much forest or agricultural land is being used by small growers in the state, says an official from the Tea Board of India who does not wish to be quoted. “Clearance from the Central ministry is a time taking process. MoEF should at least allow those with land deeds to get registered with the Tea Board,” he adds.

“Tea production in Arunachal is a major avenue of self employment. The state government should actively engage with MoEF to address the problems of small growers,” says Bijoy Gopal Chakraborty, president of Confederation of Indian Small Tea Growers Association (CISTA). “There is immense potential for growing organic orthodox tea in Arunachal which can compete with Darjeeling tea in the international export market,” he adds.

According to CISTA, over 200,000 small growers from Assam, West Bengal, Tamil Nadu, Kerala and the north-eastern states contribute 35 per cent to India’s tea production. There are 556 bought leaf factories in the country which buy green leaf from small growers to manufacture tea.

Judgement: Judgement of the Supreme Court of India regarding the true scope of the Forest Conservation Act, 1980 and the meaning of the word "forest" used therein, 12/12/1996