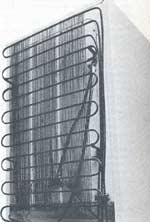 DEVELOPING countries have reiterated their demand for more support from industrialised nations in their efforts to phase out the production and consumption of ozone depleting substances. At the 6th meeting of the Parties to the Montreal Protocol, held in Nairobi from October 3 to 7, developing country representatives said they could hardly afford to go ahead with their plans of switching over to ozone-friendly alternatives if they are not assured of stronger commitments from donor countries. According to the Protocol, the North is responsible for easing their burden by transferring modern technologies and ensuring a smooth flow of funds to the South, they contended.

However, industrialised nations, which have advanced alternative technologies, are extremely reluctant to pass on the knowhow to developing countries. They are prepared to sell only the end-products to the highest bidder. The sole alternative to chlorofluorocarbons -- the primary ozone depleting agent -- readily available is hydrocarbon refrigeration technology. But such projects are being set up outside the ambit of the Protocol, on the basis of bilateral or multilateral agreements among governments, and are not financed by the Multilateral Fund (MF).


They are, however, ready to make minor concessions in the adaptation of new environment-friendly technological processes. This is evident from the projects of countries like India and China that have been approved by the Fund's secretariat.

As in the case of technology transfer, the contributions made by the donor nations to the Multilateral Fund have been alarmingly erratic. "The present situation requires donors to immediately pay their contributions," said the Algerian delegate, M Mohamed El-Hadi Bennadji, who represented the Group of 77. Bennadji also said that the access to resources is becoming increasingly difficult because of the restrictive conditions adopted at different meetings of the Parties.

The representative of the New Delhi-based Centre for Science and Environment (cse) said that the North intended to use the funding process to catalyse the shift to alternative technologies in the developing world. The industrialised countries hope that once the trend sets in, market mechanisms in the individual countries would take care of the rest.

This attitude has given rise to a sense of uncertainty regarding the future of the Fund. "The developing nations require a firm commitment from the industrialised countries before they embark on the phase-out process. They would not like to be left in the lurch if the cash flow dries up abruptly," said the representative.


Another troublesome issue is the supply of cfcs to developing countries, whose phase-out deadline is AD 2010. The industrialised nations are still keen to retain their monopoly over the export market. At the Copenhagen Conference in 1992, they were granted permission to produce 10 per cent of their 1986 level of these substances to meet the "basic domestic needs" of developing countries. This was later raised to 15 per cent. Now, even though countries like India are producing enough cfcs to satisfy domestic demand and even export it to other developing countries, the industrialised nations are loathe to give up their 15 per cent production quota. They argue that as developing countries will continue to use ozone depleting substances till 2010, albeit in reduced quantities, production must continue.

India's minister for environment and forests, Kamal Nath, flayed the developed nations for their stand on this issue. "It is specious, to say the least, and dictated more by commercial interests than reality. It would be much more logical and in keeping with the spirit of the Protocol for countries to have the same phase-out date for production as well as consumption activities. In any given country, production too should be phased out by the same date as consumption," he says.

Meanwhile, India has signed an umbrella agreement with the World Bank involving the funding of its future projects. This deal will ensure that US$4 million will be reserved for Indian projects in the next 6 months, although the projects submitted will still be subject to approval by the executive committee of the MF. A study team was appointed by the executive committee -- led by the us-based icf Incorporated -- to look into the feasibility of alternative phase-out schedules for developing countries. The team reported that the earliest possible date that can be considered for phase-out is 2006.

The Nairobi meet also marked the end of India's term as a member of the executive committee. India was, however, nominated by the Group of 77 to co-chair, with Denmark, the Open-ended Working Group of the Parties for 1995.