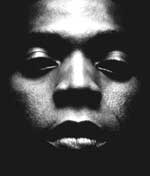 Nigeria's superstar musician Femi Kuti did not perform at the much-hyped Live8 concerts. Indeed, he didn't even consider them worth attending. The events, meant to pressure western governments (and wallets) into counteracting Africa's endemic poverty, are a "waste of time", Kuti said.

Based on the 1985 Live Aid concert that raised us $100 million for African famine victims, the globe-spanning Live8 shows took place in eight countries -- a precursor to the g8 summit in Gleneagles, Scotland. African countries still have the same problems 20 years after the first concert, Kuti pointed out: "If the first one did not help, what makes people think this one will?" Live8 gathered some of pop music's biggest names, but was criticised as being "hideously white" for its dearth of African musicians.