South Africa aims to speed up service delivery to all citizens 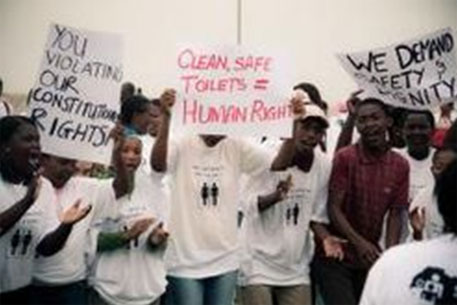 The South African government has embarked on a programme to further improve service delivery after achieving mixed success in providing basic services to its citizens. The government, headed by Jacob Zuma, has decided to enhance service delivery systems through partnership between government, citizens and civil society groups, according to government news agency, SAnews.

The country’s 20 year review report for the period 1994 to 2014 shows that the government has been able to provide almost 95 per cent households in the country access to water facility—up from 60 per cent in 1994. The percentage of households with access to at least the basic level of sanitation increased from 50 per cent in 1994 to 83 per cent in 2012. There is, however, scepticism over the claims made by the government with some news reports suggesting it presents a false picture.

After getting mixed results the new discourse now is to provide best possible services to every South African.

In a press release, the country’s communications minister, Faith Muthambi, states that service delivery is more than just the provision of housing, electricity, water, sanitation, refuse removal and municipal services.  It is about providing the best possible service to every South African.

“The government has long realised that effective service delivery is a catalyst for change.  Things that many of us take for granted, such as a home, electricity and running water, are the springboard for individuals and communities to better their lives,” says Muthambi.

“The status quo where some municipalities fail to convene izimbizo (gatherings) and fail to update their respective communities on planned developments or projects must change.  The government is committed to speaking to communities and working with them to bring about change,” she adds.

Muthambi also hit back at critics who question the 20-year review report, saying their arguments were far from the truth as all the successive governments has worked on improving service delivery since 1994.

“Critics might argue that the approach is an admission by the government that service delivery has failed.  Nothing could be further from the truth.  Since 1994, successive administrations have targeted providing better services,” she says
‘Water conservation created 181,000 jobs’

The programme was part of the country’s integrated weed management programme”. It was largest public funded programme for increasing productivity of fields. It is an annual campaign intended to raise public awareness about the problems alien plants can cause.

“It is an example of integrating environmental conservation and poverty eradication objectives. As the country celebrates 20 years of freedom and democracy, this gives us an opportunity as government to reflect on the success stories we have achieved in implementing programmes that make a difference in people’s lives while saving the environment,” Molewa was quoted as saying in a news report.