'Space missions can change the technology environment of a country' 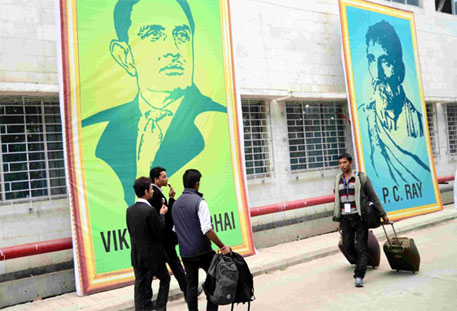 On the last day of the 100th Indian Science Congress, the venue of the science meet  was abuzz with young students and scholars from all over the country getting ready to leave the city. They were taking last minute photos with new friends and in front of banners, luggage and laptops could be seen strewn all over the Calcutta University’s Tech campus and loud “down-down” slogans were shouted from impatient youngsters who were yet to receive their certificate of participation.

Lined up for the day, were the last few plenary sessions—on biodiversity, space research and biology. Stealing the show was a half an hour talk by geologist Amitabha Ghosh from NASA on the Mars Rover Mission. Hall number 1 which looks more like a basement godown with pillars jutting out in front of the speakers’ podium rather than a university lecture hall, was packed from corner to corner.

Ghosh explained that the most costly part of the Curiosity mission to the red planet, or for that matter any space mission, is getting the space craft out of our planet against the gravitational pull.

The toughest part is landing: to slow down the speed from 13,000 miles/hour to 2 miles/hour, required for a soft landing. Else, the equipment will crash, so will the 560 million kilometre journey taking seven months to reach Mars and five years of hard work preparing for it. The landing time of seven minutes from Mars’ outer atmosphere to its surface is dubbed “7 minutes of terror” by NASA.

Curiosity Rover which landed on the surface of Mars last August will determine if life ever existed there and study its climate, geology and the possibility of future human exploration. Ghosh’s lucid voiceover with a video of the exploration kept the audience on the edge of their seats.

As the session finished, he was surrounded by young students eager for more and the press wanting a byte—a rare sight at the science congress, replete with jargons. Ghosh continued to speak in an adjacent room. Excerpts from the impromptu interview: 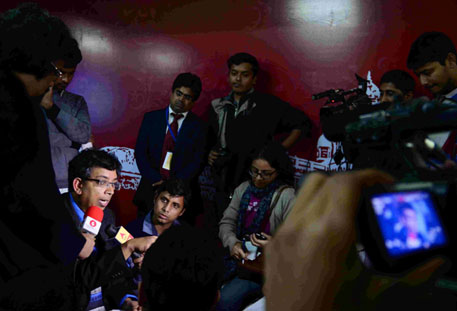 On the possibility of a human exploration to Mars

In 1969, the first human exploration to Moon was a consequence of cold war. Today, the realities are different. The costliest part is that you have to bring the person back. Maybe it will cost US $500 billion or 1 trillion. It takes seven months to reach Mars. Imagine someone will have to be in the space for over a year. But who knows, in 1950 we could not have thought of a mobile phone revolution!

It’s a natural progression that India will be going from moon to Mars. It’s a necessary first step but we should not be too outcome driven—something might go wrong; it’s a journey, a quest. In NASA, we have had so many reversals—the Mars Polar Lander failed in 1998 and 1999 but the programme did not stop.

A space programme can transform the technology environment of the country. America is not what it is because of its military capability, but because of its technological capabilities. A space programme can motivate youngsters to come to science. Today, there is a lot of interest among the youth to go into management—the country needs good managers but it also needs good scientists and technologists.

The big challenge is to attract quality human resources to science and technology. Few days back I found that students in IIT-Mumbai seem to be moving into management. It might be a passing phase, but to manage something you need to know how it works. If you are managing a steel plant you better know the engineering. India needs to be a global destination for science. US attracts the best talent into its space programme. Perhaps one day a Russian or German might be working with ISRO—it’s already happening in the private sector management. 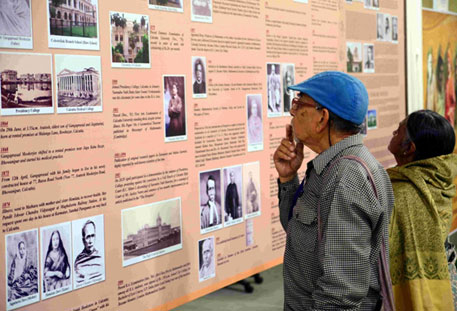 The 100th Science Congress ended yesterday with West Bengal Governor M K Narayan urging the organisers to make the proceedings of the congress available to the common man in simple language. The Indian Science Congress, in its recommendations, stressed on efforts to attract talent and create a policy environment for increasing investment of private sector in R&D. Agricultural scientist M S Swaminathan expressed the need for a “cadre of science communicators possessing both proficiency in science and mastery of communication—to bridge the perception gap in relation to biosafety and nuclear power. The “science of science communication” needs greater attention, he said.