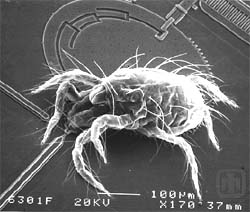 tired of reading about scientific innovations that will take years, maybe decades to find suitable applications? Microtechnology is one area which has already started providing useful machines that are used in a range of products. They include microscopic accelerometers that trigger most of today's airbags, micromachines that spit ink in your desktop inkjet printers, microsensors that monitor blood pressure in heart attack patients and regulate the fuel-air mix in automobile engines, which has made the carburettor prehistoric. Now, microtechnology is pushing new frontiers - there are already machines that can churn out microscopic power at an unbelievable 350,000 revolution per minute (rpm).

"We have developed some new technologies that we think are just going to revitalise the world," Samuel L Miller, supervisor of advanced concepts at the Sandia National Laboratories in the us , told the Washington Post .It is a second silicon revolution, adding to microcircuitry complete systems that can sense, think, act and communicate." Microdevices can be so small in size that gravity and inertia can lose meaning. The gear teeth of the world's smallest machine are a mere 7-8 micrometers across, about the size of a red blood cell.

Miller has a videotape to show the strength of micromachines. It recorded the invasion of a micromachine by a dust mite, a creature about half the size of a dandruff fleck. The mite weighed about 100 times as much as the gear. As soon as the machine was set in motion, the gear started revolving at several thousand rpm along with the mite. When the gear was stopped, the mite stepped off and vanished from the scene.

These machines are relatively easy to make. Their manufacture involves the same procedures that are employed to produce microchips. No assembly line is required and scientists can make hundreds of thousands of these devices on the surface of a silicon wafer the size of a grapefruit slice. Once the design is completed, manufacturing is an easy task.

Yet there are those who say that the industry has been slow to develop. Roger Grace, a consultant based in San Francisco, usa , who has been tracking the growth of microtechnology for years told the Washington Post : "For a market analyst, what it comes down to is, 'When are people going to make money from all this?' When you look at the 'killer applications', they are very limited."

His estimates show that the industry sold us $4-6 billion worth of microdevices in 1998, largely on the basis of half-a-dozen proven technologies such as inkjets and airbag triggers. But, says Grace, he expects the revenue to rise in five years to us $18-20 billion as more firms build new devices to feed the high-volume markets. "These are 'disruptive technologies'. We are not talking about a continuum. We are talking about a quantum leap.