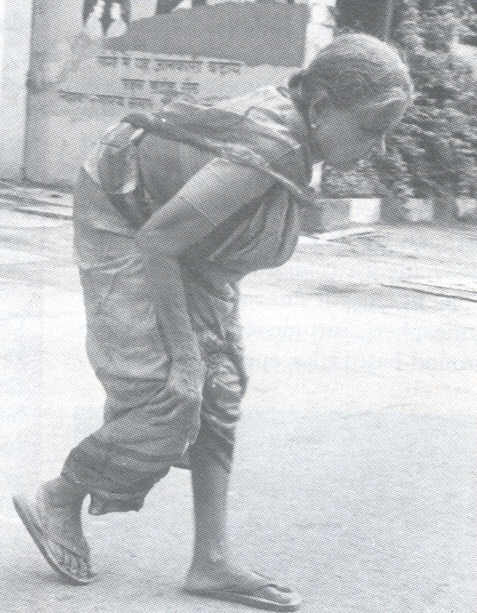 Arthritis patients have a cause to celebrate. A group of British researchers confirm that treatment with low dose of steroids can prevent the progress of arthritis in people who are just exhibiting the early symptoms of the disease. The study suggests for the first time that bone and cartilage deterioration in early rheumatoid arthritis can be effectively slowed down, rather than just controlling the pain.

The findings of the British team led by John Kirwan at the Bristol Royal Infirmary are based on the case studies of 128 patients conducted over a period of 3 years. Half of these patients had received the standard treatment, including anti-inflammatory drugs, while the other half were administered an additional 7.5 mg of prednisolone -- a corticosteroid*** that the body produces naturally. The study, funded by the UK-based Arthriris and Rheumatism Council, employed X-rays of the hands of the patients to look at their bone joint destruction.

Patients who were administered prednisolone, showed little evidence of damage, but there were substantial erosion of the joints in the case of those under the standard treatment. Among those with undamaged hands at the start of the study, damage after 2 years was seen in 22 per cent of the prednisolone group. Most benefit was seen in those who had incurred the disease for less than 2 years. But researchers believe that it may help those who have had it for 5 years depending upon how much damage had already been done to the joints.

Says Kirwan, "We now have the hope of controlling the disease in the long term. For the first time we have a treatment that can alter the process underlying the disease. More importantly, the drugs necessary for treatment are already available."

Earlier corticosteroids -- the laboratory-made versions of the hormone that the body makes to reduce inflammation -- have usually been prescribed in very severe cases of arthritis. Now, the researchers have found that the corticosteroids** initially helped to reduce the pain of arthritis. Although this faded after 3 to 9 months, the reduction in the destruction of bone and cartilage was maintained. Although doctors are wary of prescribing them, as high doses can produce side effects like heart disease, obesity and bone damage, Kirwan and his team found no significant side effects in the prednisolone group.

Explains Kirwan, "The doctors who have used steriods earlier have not looked at preventing the disease, but for ways of relieving the symptoms. They were forced to increase the dosage once the effects wore off."

The British team has established a fixed low dose of steriods which provides relief from the pain during the first few months. "Then, instead of increasing the dose to give greater pain relief, we use other existing treatments for relief, while the fixed dose of steroids continue to prevent the damage to the bone joints," Kirwan adds.