Results from other studies, however, have shown substantial improvement in patients 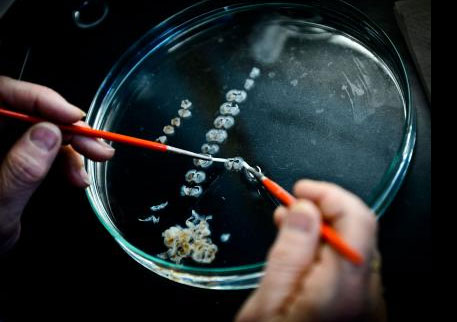 The much hyped stem cell treatment is not effective in treating paralysis caused by brain stroke, show results of a study conducted in four cities of India. The study that was led by the All India Institute of Medical Sciences, New Delhi and funded by Indian government’s Department of Biotechnology is the first large-scale work in India on stroke and stem cells. Conducted on 120 patients between year 2008 and 2014, the research shows that there was no difference in outcomes for patients, whether treated with or without stem cell therapy, in addition to the normal course.

The study, published in the current issue of American journal Stroke, was conducted at AIIMS, New Delhi; Sanjay Gandhi Postgraduate Institute of Medical Sciences, Lucknow; Post Graduate Institute of Medical Education and Research, Chandigarh; Armed Forces Medical College, Pune; and Army Hospital, Delhi. Sixty patients with some disability of limbs due to stroke were assigned to receive conventional treatment and the other 60 received bone marrow stem cells besides the regular treatment.

"We found that at the end of first month, patients with stem cells showed more improvement compared to the control group. But at the end of third month and one year, there was no difference," said Kameshwar Prasad, head, Department of Neurology, AIIMS, who led the study.

All these patients had suffered from a stroke two to four weeks before their inclusion in the research. "At times the patient has to go through surgery in the first week of stroke, thus we avoided that period. Surgery would have interfered with the results," said Prasad.

After measuring their difficulties in using hands and feet and making them undergo an MRI of the brain, patients were given bone marrow stem cells which were infused into the veins of their forearm. On an average 280 million bone marrow cells were injected, of which blood forming stem cells were on an average 29 lakh per patient. Average age of patients who were administered stem cells was 51 years, while that of the control group was 52 years. While 60 per cent of the patients were males, 40 per cent were females.

"Among the general population of those suffering from brain stroke as well, nearly 60 per cent are found to be males and 40 per cent are females," said Prasad.

However, evidence from elsewhere shows different results. In a pilot treatment carried out in Imperial College Healthcare, London in August 2014, patients showed substantial improvement when given stem cells. The findings were published in the journal Stem Cells Translational Medicine. Although the treatment was carried out on five patients and there was no control group for cross-check, the results were in contrast to the Indian study.

"Our study has shown one result. To come to a conclusion, more research is needed. But until further trials show efficacy, this treatment should not be used in clinical practice. Patients should not accept such therapy without question," said Prasad.