Rats can tell the direction an odour comes from 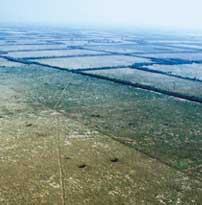 a team of Indian scientists has found that rats smell in stereo mode -- they can figure out whether an odour is coming from the left or the right.

Further, the rodents took only 50 milliseconds to process the location of an odour, according to researchers from the National Centre for Biological Sciences, Bangalore, led by Upinder Bhalla. An earlier study had shown that humans take at least 700 milliseconds to process a smell. "There have been previous indications that mammals, including humans, may smell in stereo. We feel our study has put this on a very solid experimental basis, including careful measurements of the timing and behavioural details," Bhalla told Down To Earth. The study appeared in Science (Vol 311, No 5761, February 3, 2006).

The scientists exposed rats to various odours and recorded sensory information using probes in their olfactory bulb, the region of the brain that first processes smells. They found that 90 per cent of its cells respond differently depending on whether a scent first enters the left or right nostril. The scientists used chemical substances that resembled the smell of bananas, rose water and eucalyptus for the study.

Before embarking on the experiment, the scientists trained the rats --the animals were kept thirsty and got a chance to lick at a water spout if they rightly identified the source of the smell.

According to Bhalla, rats are considerably more sensitive than humans to odorants. Rats have over 1,000 specialised receptor proteins for odours while humans have about 300. "This means that they may potentially be able to distinguish between a much wider range of odours. Rats also perform odour discrimination tasks much more rapidly than humans," he says.