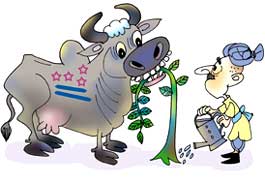 Granada was in focus this fortnight. The working groups on article 8(j) and on access and benefit-sharing of the convention on biological diversity gathered at this Spanish port town, between January 23 and February 3, 2006. Their mandate was to break the deadlock on the most controversial issue that cbd has faced since its inception: regulating access to genetic resources and ensuring that traditional knowledge bearers of such resources share the benefits of its commercial exploitation.

Not much headway was made though. The convention was up against the giant pharmaceutical and bioprospecting lobby. A 1993 study conducted by James A Duke of Purdue University, usa, shows that more than 50 per cent of the western pharmaceutical products contain some naturally occurring plant derivative or a chemical reconstruction of the same. With the us $490 billion global pharmaceutical industry growing at an annual compounded growth rate of 9 per cent (in 2003) and not being really keen to share its booty, cbd faces tough opponents. The pharmaceutical giants are based mostly in the developed North and the biodiversity hotspots nestled largely in the developing countries in tropics. Therefore the member countries of the convention are squarely divided into strong groupings to protect their national (or corporate, as the case maybe) interests.

The memory of the last ground-breaking negotiations has faded away. It was way back in 2002, when the convention adopted the voluntary 'Bonn Guidelines on Access to Genetic Resources and Fair and Equitable Sharing of the Benefits Arising out of their Utilization'. The guidelines set a canvas for the member countries to work within. It sought a sui generis system of protecting and promoting traditional knowledge and a benefit sharing regime -- a system developed by respective countries to protect their resources using national legislations.

Around that time many countries tried to create such a protection regime. The Phillipines was the first off the block, Costa Rica was a high profile case with the celebrated agreement between the us pharmaceutical company Merck and Costa Rica for millions of dollars of payments from the former to the latter and then there was the innovative Andean Pact by the group of South American countries. India developed a rather toothless Biodivesrity Act, 2002, whose implementation stayed on hold till the government found time to make the implementation rules in 2004. But the burst of activity did not last long. As many countries pointed out, a voluntary scheme would never work.

Till date a mere 14 of the 188 member countries of cbd have a national legislation in place that could fit the bill of a sui generis regime. The efficacy of these legislations is yet another story, and if one was to go by the Indian legislation, a dark story at that.

The dream of a global regime is far away. The meeting in Spain is the second negotiating session dealing with international regulations on access to genetic resources and the sharing of benefits. Delegates to the first talks, held in Bangkok in February of 2005, identified and discussed a broad range of options for the scope and potential objectives of this global regime, including new concepts such as a certificate of origin and the disclosure of origin in applications for intellectual property rights. India has taken a strong position on disclosure but, with a weak regime within the nation, it seems to be losing its voice on benefit-sharing issues at the negotiating table.

Countries like Canada (very often a proxy for us interests), Switzerland, Australia and New Zealand have been fighting tooth and nail to ensure the negotiations remain as weak and vague as possible. They do not want a talk on origin disclosure in the sui generis system or talk of intellectual property-based systems. They do not want cbd to talk to wto on the issue; they do not want to initiate work on tasks related to traditional cultural practices for conservation and sustainable use; they do not want indigenous peoples' participation in the international negotiations on access and benefit sharing. They want, in short, a stalemate. By the time this issue of the magazine goes to press, other countries shall try to take out favourable recommendations for the cop8 in March from the working group meetings despite the stonewalling of the North.