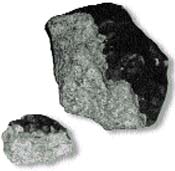 Awe and panic struck the coastal and northern parts of Orissa when a meteor shot across the sky. The streak of blue light emanating from the huge ball of fire could, however, be seen for six seconds only. A chunk of the semi-combusted meteor landed in Suniti village of Mahakalapada block in Kendrapara district. At least 11 people in six districts were injured. The incident also led to a dispute within the scientific community over the possession of the debris.

The Geological Survey of India (GSI) team was the first to stumble upon some fragments of the meteorite. The Orissa Remote Sensing Application Centre, too, took possession of three pieces. But when scientists from the Physical Research Laboratory, Ahmedabad, camped at Bhubaneswar and Kendrapara to collect the remaining pieces, GSI objected. It has now approached the Union and state governments, staking a claim to the fragments.

Meanwhile, Basant Kumar Mohanty, director, GSI, Bhubaneswar, observed: "The event can be termed unusual because the shower covered such a large area with a huge fireball and roaring sound."