No gazette notification yet 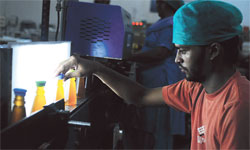 FOOD Safety and Standards Authority of India (FSSAI) has issued an advisory stating that residues of antibiotics and pesticide are not allowed in honey. The authority said India follows stringent safety standards similar to the EU and the US, where use of antibiotics in honey is illegal.

The move was in reaction to a study by the Centre for Science and Environment, which found high levels of anti-bacterial compounds in both domestic as well as international honey brands (see ‘What’s in your honey’, Down To Earth, September 15-30, 2010). The Prevention of Food Adulteration Act, 1954, makes no mention of antibiotic levels in honey, said P I Suvrathan, chairperson of FSSAI. “If it is not mentioned it means it should not be there,” he added.

FSSAI has authorised state food and drug authorities (FDAs) and custom officials at ports to test honey samples and ban the brand in case of lapses. The Gujarat FDA has already issued orders to its food inspectors to collect samples. An official at a honey-exporting unit said the advisory would not hold in court unless notified in a gazette.

Suvrathan hit back: “It is an interpreted notification. A maker can be taken to court based on it. It entails prosecution penalty.” Honey-making companies say that any prohibition without technical limit is useless. “We are trying to work out the testing limits but till then no residues will be permitted,” said Suvrathan. The companies are yet to be approached for consultations.