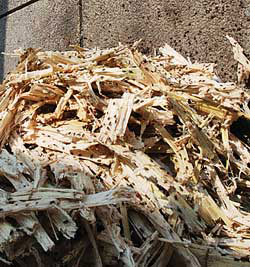 Sugarcane growers in Uttar Pradesh feel sold out to mills

Frustration is growing among sugarcane growers in Uttar Pradesh. First private sugar mills refused to begin crushing and now the Lucknow bench of the Allahabad High Court has directed mill-owners to pay farmers Rs 110 per 100 kg of the sugarcane against the government's price of Rs 125.

Before the court's interim order of November 16, the farmers were worried about the delay in crushing, which should have begun by November 15, since the sugar mills had refused to buy sugarcane, citing a glut in the sugar industry and a rise in production costs. But now they are not sure whether they should even sell their produce. Sugar-cane growers protested in Meerut and Moradabad, demanding a higher minimum support price of Rs 135 per 100 kg. Some in Meerut burnt their crops.

Private sugar mill owners had filed a petition, arguing that they would suffer losses if they were forced to pay farmers Rs 125 per 100 kg. While the next hearing of the case is on December 19, the state government plans to challenge the high court's decision in the supreme court. The farmers cannot wait for the final verdict. They have to clear their fields for the next crop.

The lowered price is one more setback for sugarcane growers (see box: Clash of interests). Most sugar mills in the state have not paid the farmers for last year's purchase because sugarcane prices were higher than sugar prices. At the time the Mayawati government took over in May the total arrears were Rs 3,050 crore. The government says now only Rs 1,245 crore are in arrears.

Many farmers waiting for payment have been doing the rounds of the Lal Bahadur Shastri Ganna Kisan Sansthan in Lucknow. "We have exhausted all our savings. The government doesn't even hear us out," says Mohammed Ali of J P Nagar. "The rising costs have left us under heavy debts," adds Rakesh Kumar, a farmer from Meerut.

While the farmers are still trying to come to terms with the prices, they are facing a tougher task of getting the higher ups in the sugarcane department to re-allocate them crushing centres. "The government has allocated a crushing centre so far away from our farms that we are forced to sell sugarcane at the closest gur and khandsari units at Rs 50 per 100 kg," says Jeev Ram of Amroha.

The state sugarcane commissioner decides when, where and how much a farmer can sell. Farmers allege that the allotment of centres was biased towards private mills. There are 141 sugar mills in the state, most of them private. "We had been taking our sugarcane for 25 years to a purchasing centre of a cooperative mill less than 5 km from our village. This year they gave us a token for a private mill, which is 30 km away," says Rola Singh of Saharanpur.

At times because of too many allotments to a centre, the farmers fail to sell their produce in the rush since the token given to them assigns a time and date for sale. The farmers complain they have approached the sugarcane commissioner, Kamran Rizvi, for reallocation several times. Rizvi says his office is looking into the matter and will take appropriate action.

Given the circumstances, sugarcane growers may well be forced to shift to other crops.