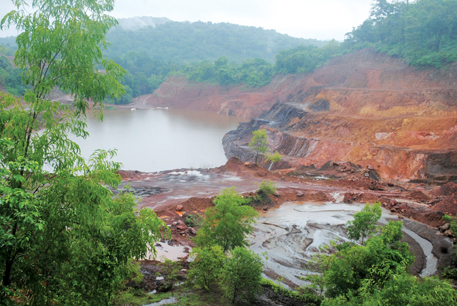 The Supreme Court, on Monday, questioned the legality of the constitution of a National Board for Wildlife (NBWL) headed by Prime Minister Narendra Modi. It has also restrained the board, which is the premier decision making body in the country on matters relating to wildlife, from taking any decisions till the next date of hearing.

The apex court’s directive follows a petition by Chandra Bhal singh, a Pune-based conservationist, contending that the constitution of the NBWL by the BJP-led National Democratic Alliance government on July 22 was not as per law. “As per the Wildlife Protection Act, 1972, the Union government can nominate five non-profit organisations working in the field of conservation to be part of the NBWL but the government has nominated only one non-profit. Similarly, it can nominate 10 independent experts from the field of wildlife but it has only nominated two members,” said Sanjay Upadhyay, Supreme Court lawyer appearing for the petitioner.

Among its various functions, the NBWL also takes decisions on whether to allow various development projects in the vicinity of wildlife habitats after examining their impact on wildlife through its standing committee.  Having independent experts and non-profits on the board ensures the government does not take unilateral decisions on such projects sidelining the interests of wildlife. But the notification on NBWL by the Union ministry of environment and forests on July 22 left conservationists shocked as it has little representation from outside the government.

The only non-profit nominated in the board, Gujarat Ecological Education and Research (GEER) Foundation, is run by the state government of Gujarat. H S Singh, one of the two independent experts nominated in the board, is a retired forest official from Gujarat. As per law 10 states were supposed to be nominated as part of the board on rotation basis but the government has nominated only five. The impact of this could perhaps be seen in the first meeting of the NBWL’s standing committee on August 12-13 when it reportedly cleared most of the projects (about 140) that were put up for its consideration.

In the first hearing on Singh’s petition, the apex court bench headed by Justice J S Khehar observed that prima facie the constitution of the NBWL was not as per law. It said that the newly constituted board can function for now but cannot take any decision till the next date of hearing which is in two weeks from now. In the next hearing if the court terms the constitution of the board illegal the decisions taken in the first meeting of its standing committee will also be most probably held invalid.