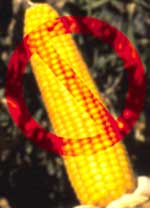 A five-year temporary ban has been imposed on the use and import of genetically modified (gm) crops and plants across Switzerland. This was approved by 55.7 per cent voters in a referendum on November 27, 2005.

Many Swiss farmers are considering moving into the booming organic farming business and thus strongly support the proposal. The vote could force the Swiss government to amend its gm related law passed in 2003, which allowed for cultivation of gm crops under certain conditions. The government, the agri-business fraternity, as well as the main centre-right and right-wing parties are against the referendum. They argue that the 2003 law has enough safety guarantees and the ban may be detrimental to biotechnology research.

But the lobby groups, supported by the Greens and the centre-left Social Democrats, say they don't oppose research but need to consider the potential risks of gm crops.