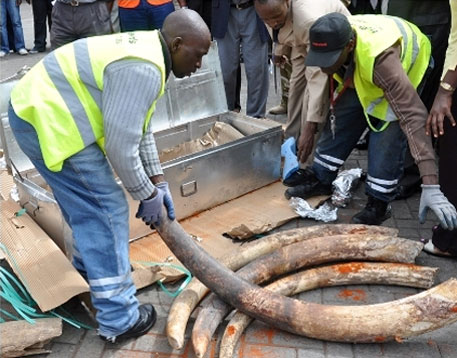 In the US-Africa Leaders Summit in Washington that concluded on August 6, leaders from both sides of the Atlantic discussed the major challenges and success in the fight against illegal wildlife trafficking and trade in Africa and beyond. The summit was attended by nearly 50 heads of state from Africa.

Though the main focus of the US during the three-day summit was to discuss trade and business with Africa, where it lags behind China, tackling the wildlife trafficking crisis dominated the discussion.

The US said, wildlife trafficking is devastating the populations of elephant, rhino and other wildlife and fueling insecurity and corruption throughout Africa and Asia. Wildlife traffickers are now using some of the networks long used for trafficking narcotics, according a Reuters report.

In fact, the US had in 2011 kicked-off an initiative, with the cooperation of Colombia, Brazil and five Western European nations, against organised crime in West Africa.  It now plans to expand the initiative to include wildlife.

“The same organisations that move drugs and people and firearms and doing basic smuggling are moving rhino horn and elephant tusk and other products that come from illicit wildlife trafficking,” said William Brownfield, the Assistant US Secretary for International Narcotics and Law Enforcement Affairs, while speaking on the sidelines of the major African summit taking place in Washington.

With international agencies stemming the flow of narcotics, drug traffickers are shifting their operations through parts of West Africa and countries like Guinea Bissau.

Over the past five years, tens of thousands of elephants have been slaughtered by poachers and criminal networks in Africa. In 2013, more than 1,000 rhinos were killed in South Africa alone, and the pace of killing is on track to surpass this record in 2014.