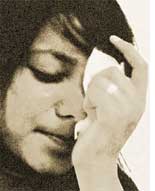 Common cold may soon have a cure

a couple of sneezes, cough, a running nose and a persistent headache for a few days--the problems of common cold usually do not go beyond these. But if a person is suffering from a respiratory condition like asthma, a common cold infection can threaten life. The virus has many unknown strains which makes it difficult to find a cure. A team of researchers has taken a vital step to finding a cure by mapping the virus genome. They have also pinpointed a variable section in the genome that may be the reason behind the persistence of this virus.

The cellular blueprint of the common cold virus is contained in a strand of rna. But the strand does not exist as a long straight one. It folds into various shapes: clovers, loops and so on. Ninety-nine strains of common cold virus (or human rhinovirus, hrv) lie in a repository in the Global Bioresource Center, US. These strains and a few new samples, collected from patients, were analyzed.

As the virus genome unfolded, researchers from the Universities of Maryland and Wisconsin and the Craig Venter Institute, US, came across a small section of rna near one of the clover-shaped areas that varies genetically in different strains.

It is the variant section of rna that could hold the key to why it is so difficult to develop a drug for the cold virus, say the researchers. "There has been no success in developing effective drugs to cure the common cold which we believe is due to incomplete information about the genetic composition of all these strains," said the study's senior author, Stephen Liggett, a physiologist with the University of Maryland.

While mapping the various strains, the study, published in the online version of Science on February 12, found that some strains were carrying genes from other strains too. This is due to recombination or exchange of genetic material between strains. It was believed that different strains were incapable of exchanging genetic material. Nor did researchers know that more than one strain can infect simultaneously.

"The duration of rhinovirus infection was thought to be too short to allow such recombinations. This paper is important because we need to map all the strains to work out a cure," said Caroline Tapparrel of the infectious disease department, University Hospital of Geneva, Switzerland.

The researchers created a family tree for the common cold virus by comparing the genes of different strains. All the strains were classified into four species: hrv A, B, C and D. The first two species were known from earlier research but the third species was found in the new samples. Some variant strains within A were classified under D.