Age  robs humans of their dearest asset, the teeth. With time, the teeth face a variety of problems—staining, sensitivity and decay.

Dentists prescribe several techniques to preserve these small, white, calcified structures: drilling to salvage what remains of a largely decayed tooth, the painful root canal therapy if the pulp of the tooth dies of infection and in extreme cases, complete extraction of the infected tooth so the other teeth are not affected. 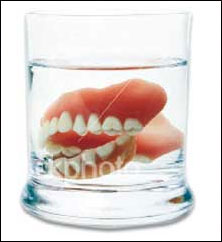 “But there is no known method to regenerate the tooth,” says Tarun Kumar Pal, a dental surgeon practising in Kolkata. Pal might soon have to take his words back because scientists at the University of Illinois (uic) in usa have discovered that an amino acid called proline can regenerate healthy teeth.


Teeth enamel is made up of hydroxyapatite—the same mineral that forms bones—which are organized into columns of crystals. The growth of these crystals is controlled by bubbles of spherical proteins called amelogenin. Each such protein contains several repeats of an amino acid triplet: a proline followed by two other amino acids in an arrangement called the pxx repeat.

It is the pxx repeat in the protein of the tooth enamel that decides the strength of a tooth. Upon comparing the frequency of pxx repeats in different vertebrates, the team found that longer the repeats, stronger are the teeth. The team also found that the size of the protein bubbles is inversely proportional to the pxx repeat length because shorter the repeats more loosely are the protein bubbles arranged: 5 nanometres (nm) in cows, 20 nm in mice, 40 nm in frogs. So a frog’s teeth are weaker than that of mice whose teeth are weaker than that of a cow’s. So are a h uman’s at 15 nm.

“This mechanism is interesting as it could lead to efficient tooth regeneration treatments,” remarked Pal. Tom Diekwisch, head of oral biology in the uic College of Dentistry and lead researcher, said, “Proline repeats hold the key to understanding the structure and function of several natural proteins. This could help other important areas of research, including the treatment of neurodegenerative diseases.”