The ancients were right 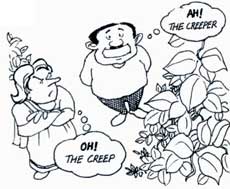 EVER SINCE man realised that sex is not limited to procreation, he has experimented with various concoctions to increase his libido.

For scientists, however, aphrodisiacs such as ginseng and the Spanish fly have been little more than objects of ridicule. But now a traditional Indian sex vitaliser called Ipomea digitata has earned scientific approval (Indian Drugs, Vol 30, No 1).

Powdered tubers of this common Indian ornamental creeper, called bilaikand in Hindi, when administered to male rats increased their sex urge dramatically, say scientists at the College of Pharmaceutical Sciences in Manipal.