The case of pollution control offenders 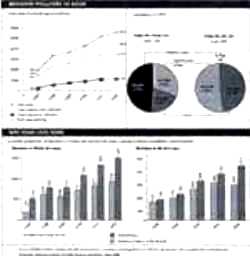 GIVEN the state of pollution in Indian cities and rivers, most people would conclude that nothing is being done to control pollution. But figures have an unusual knack of belying common thinking.

According to the Central Pollution Control Board, in 1992 no less than 5,535 cases were filed against pollution offenders across India. Between 1987 and 1992, the central and state pollution control boards won 4,881 cases, against 23,890 cases filed in that period.

If pollution continues despite all this, is it because Indian industrialists don't care about going to jail? If not, why are our air and water still so filthy?