The drowning of biodiversity 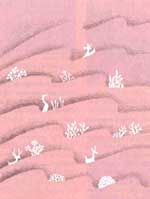 A RECENT environment impact assessment (EIA) report on the Narmada Sagar Project (NSP), one of the largest dams in the Narmada valley development project to be located in the Khandwa district of Madhya Pradesh, claims that it could wipe out many species of flora and fauna. According to the EIA -- conducted by the Wildlife Institute of India (WII), Dehradun -- on the NSP and the neighbouring Omkareshwar Project, the adverse impact on the socioeconomic status of the local people will also have a "ripple effect", which will further threaten the existence of several other species spread over a wider area.

Project supervisor Asha Rajvanshi of the WII points out that unlike the previous studies, which focused on aspects like the rehabilitation of the displaced people and dam-induced seismicity, the WII report concentrates on the impact on wildlife and vegetation and on human conditions in the post-dam scenario in order to assess their induced impact on the region's biodiversity.

Opponents of the Narmada valley project have always held that previous environment impact studies by the government have largely been whitewash jobs. Says Himanshu Thakkar of the Narmada Bachao Andolan, "In-depth, field-level surveys have not been conducted. Most of the studies have not been completed on time -- that is, before submergence. This defeats the very purpose of reporting probable threats and making suitable project changes."

Critics cite the instance of a previous EIA of the NSP -- conducted by the Bhopal-based Environmental Planning and Coordination Organisation in 1984 -- that was a desk exercise that relied entirely on secondary data. No rare species were likely to be lost, it had declared, and although several valuable forest species like the timber-yielding Hardwickia binata would be submerged, it apprehended no danger as the same species also occurred widely in adjoining areas.
On the other hand, the WII report, conducted by a multi-disciplinary team, says that 31 species with considerable ethnobotanical value but limited distribution in the NSP area will face local extinction due to habitat changes in the submergence zone as well as in the adjacent residual forests that do not face the direct threat of submergence. Quantifying the loss of vegetation in forest areas due to the NSP, the report has pointed out that many of the species that face submergence cannot be compensated in the residual forest areas, either in terms of quantity or quality.

The report claims that high-quality wildlife habitat of 421.24 sq km will be lost because of impoundment by the NSP dam and related constructions like hydroelectric generation units and canals. In some areas, animals like chital, sambar and nilgai will be further threatened by the near-absence of corridors between the submergence zone and refuge areas in peripheral forests. The emigration of carnivores to refuge areas with low prey base could lead to increased human-animal conflict. Among aquatic vertebrates, otters and turtles will be lost due to unsuitable refuge habitat and their inability to migrate. The report holds that there will be an irreversible loss to the area's diversity in bird species and that fish varieties will decline due to the inundation of natural water bodies.

The report also points out that a decline in the socioeconomic status of the people will have adverse long-term consequences for an ever-widening area of the natural resource base. Based on field surveys among the local population, the report fears inadequate rehabilitation of the villagers, pointing out that it is impossible to provide compensation for the natural resources lost. The WII report has recommended the establishment of 3 protected areas in the residual forests -- the Narmada National Park, the Surmanya Sanctuary and the Omkareshwar Sanctuary -- which will cover 758.88 sq km of compact, contiguous and rich wildlife habitat with low human presence.