Scientists find out how anthrax kills. It may not be very long before we have an antidote to the dreaded bacterium 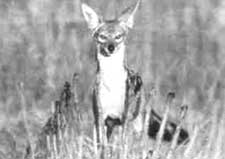 ANTHRAX, a deadly disease, is caused by the bacterium Bacillus anthracis. In humans, infection usually affects the skin, causing development of a pustule, or the lungs, causing Woolsorters' disease, a kind of pneumonia. In animals, especially sheep and cattle, it takes the form of fatal acute septicaemia (poisoning of blood caused by the multiplication of the pathogen). Infected rats can die within 38 minutes. The infection spreads in a curious way: from a dead animal to a live one, and not from one live animal to another. As an infected animal decays after it dies, the bacterium gets exposed to oxygen. This makes it sporulate, the spores getting into the soil. Usually, antibiotic treatment is of little help. Frequently, the bacterium multiplies sufficiently in the bloodstream, producing large amounts of toxin before the treatment starts having an effect. Even if the antibiotics kill the bacterium, it may be too late for the patient.

The bacterium B anthracis is made up of three components: protective antigen (PA), edema factor (EF) and lethal factor (LF). PA acts as a channel through which EF and LF get into the cell. The combination of EF and PA constitutes one toxin; LF and PA make up another toxin, which is lethal. Obviously, detailed knowledge of the toxic factors would open up the prospect of treatment and, eventually, a cure. George F Vande Woude and ten collaborators at the National Institutes of Health, Maryland, USA, have tried to do just that (Science, Vol 280, No 5364).

Vande Woude's team has confirmed the long-held hypothesis that LF is a protease (an enzyme that chews up other proteins). But these other proteins were unknown. It now turns out that the protein which is cut up by LF is yet another enzyme that is involved in a central signalling pathway within the cell. This pathway plays a part in the regulation of cell growth, maturation of the oocyte (the egg mother cell) and embryonic development.

The finding was somewhat serendipitous. Vande Woude's team was interested in a pathway used by cells for communicating environmental signals. Known as the MAPK pathway, it consists of a chain of enzymes that pass signals by causing phosphate groups to stick to them. Such enzymes go by the name of kinases, and MAPK stands for mitogen (or cell division factor)-activated protein kinase. The group was interested in studying the role of the MAPK pathway in the steps leading to the production of a mature oocyte - an oocyte that is capable of being fertilised by sperm. A standard way of investigating such pathways is to see what happens when it is blocked.

Among the 60,000 agents screened for possible blocking activity, there was one named PD09859, which appeared to work the best. Then the researchers went through computer databases to examine whether there were any other compounds that had an effect resembling that of PD09859. LF turned out to be the most effective of the lot. The researchers also found that LF prevents oocytes from maturing into eggs and does so by degrading an enzyme that is responsible for the activity of MAPK. This enzyme, also a kinase, is known as MAPK kinase or MAPKK for short. MAPKK from frogs, mice and humans are all good targets for LF activity.

While it is impossible at present to say that the toxic effect during infections is precisely because of the inhibition of MAPK activity, the clue is a significant step in the production of an antidote to anthrax. How this will develop remains to be seen. As LF is acknowledged as an enzyme with a known target, it might be possible to generate synthetic analogues of the target that bind LF so strongly that it can no longer disrupt the MAPK pathway.