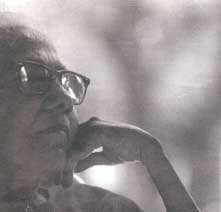 ALZHEIMER disease (AD) is now recognised as a serious public health problem. in a large number of people, AD develops at a rather late age of about 65 years. Alzheimer was hitherto considered to be a Western problem because of longer life span - the us for example has over four million people with this degenerative brain disorder. But of late, AD is rapidly emerging as a important problem for the Indian senior citizens.

The Journal of American Medical Association (JAMA) has just brought out a special issue on Alzheimer disease, highlighting advancements made this year. Among the significant results is the relationship between strokes and AD by David Snowdon and his colleagues from the University of Kentucky, Lexington. Snowdon's group was looking for clues to understand ageing and they persuaded members of a Roman Catholic religious order, the School Sisters of Notre Dame in Mankato, Minnesota, to participate in this study. The sisters took regular psychological tests and gave regular blood samples. He also made an unusual request: would they be willing to donate their brains after death? 678 nuns who were 75 or over signed up and so the study took off (JAMA, Vol 277, No 10).

The investigators V the break- through when Sister Mary died in 1995, at the age of I0I and her brain was examined. Researchers saw in her brain signs of devastation from microscopic plaques and tangles to gaping holes where millions of brain cells had died although she was quite normal and active until her death. Slowly Snowdon's group realised that Sister Mary was not unique. Until then they had considered these old ladies as a model of successful ageing as despite advanced age most of them could live a near normal life both in respect of intellectual and physical functions. There were 19 among the 61 deceased nuns who seemed to have escaped the confusion and memory loss that makes this form of dementia (irreversible organic deterioration of mental faculties) so devastating.

According to them the reason appears to be that these nuns, unlike their counter parts whose symptoms were severe, had not suffered from strokes, especially small strokes so commonplace in the elderly. They noticed that only 57 per cent of the stroke-free nuns developed dementia as compared to over 93 per cent of nuns with a history of mini-strokes. This is considered an important finding, since it provides what may be the clearest sign yet that a medically treatable condition like stroke can accelerate the decline of Alzheimer's patients and makes the difference between independent living and nursed at home. By preventing strokes in older people, it may now be possible to postpone the development of symptoms of people with AD.

Even if medical researchers can use this information to be able to reduce the symptoms of people with AD, they would have achieved a greater deal. Besides costing a lot to the health care systems and patients' families, the social consequences of nursing a parent with AD are significant. Scientists estimate that postponing the symptoms of AD by five years could cut the health care costs by nearly half and the patient will have five more years of near normal life.

Scientists have been looking for clues to understand what causes Alzheimer's and what we have now are a intriguing set of hypothesis. The most popular theory holds that the disease process starts when a protein called beta amyloid accumulates outside the nerve cells, forming the deposits known as plaques. The plaques appear to impair the ability of the neurons in the brain to absorb glucose from the blood stream resulting in the devastating mental problems. Another hypothesis says that AD begins not with beta amyloid but with a protein called tau. According to the proponents of this theory, abnormal variants of this protein clutter the interiors of the neurons with tangled filaments that disrupt cellular metabolism.

Researchers have now realised through the study of genes that contribute to the formation of these lesions that both theories may be true. People with this defective gene involved in making beta amyloid have high rates of AD. But there are others with a AD-susceptibility gene called Apo-E4, which produces a protein that appears to affect tau. According to AD researchers, people who carry two copies of this gene have an elevated risk of developing AD before 70. And if they suffer a stroke, they are more likely to develop full-blown dementia.