The standard is open, finally 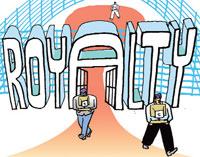 Four drafts and three years later, the Policy on Open Standards for e- Governance was finally released on November 15. The policy is a victory for the open source community fighting since 2007 for the use of free and open formats to manage and create digital data of the Centre and the states.

Programmes like Microsoft Office for data creation, which is patented and thus paid, have dominated e-governance in India till now. This policy released by the Department of Information Technology (IT) would mean that the data maintained by the government will be in a format free to use by public as well as government departments, apart from the one who owns it.

The last time the policy got stuck was in November 2009, when the fourth draft, came for public comment. It said the identified format for a project should “preferably be available on a royalty-free basis”.

“It is a question of India’s technological sovereignity. We cannot have the country pay when alternative standards are available free of cost and without encumbrances like patents,” said Jayjit Bhattacharya of Sun Microsystems. He noted that when people invest billions in a standard, they get stuck. They depend on the company that created it even for accessing their own data, if the company tweaks the standard even a little.

“This policy is a big leap forward from the previous draft,” he added. The policy does away with the clause of proprietary standards but talks of interim standards which would be used in case no open standard is available.

A word of caution

Though the open standards community is happy with the government adopting open standards, there are reasons for worry. “The government has to make sure that the clause for interim standards is not misused,”said M Arun of the Free Software Foundation, a nonprofit in Kerala. For instance in Kerala, instead of giving specifications for a generic product like an operating system, the officials ask for Windows from the vendors. “They consider Windows as a technology and in the process lock themselves,” he added. Venkatesh Hariharan, corporate affairs director of Red Hat India Pvt Ltd, a Linux vendor, noted that policies need to have some flexibility to cater to exceptional circumstances. We need to be vigilant that the exceptions do not become the norm, he added.

As per the policy, a body would be formed to decide which interim standards to be allowed when, and resolve disputes pertaining to it. The body will also have the discretion for allowing two open standards for a project. “We will form the body within three months and it will include technology experts and members from the field of academia and civil society,” said Shankar Aggarwal, joint secretary of the department of IT. The community fears no clear mention about who would be the members of this body could lead to their backdoor entry.

Not a smooth road ahead

After finalising the policy, the main challenge for the government now is to implement it, said Prabir Purkayastha of Knowledge Commons, a group campaigning for open standards. “Many departments may continue using standards they are working with right now. Enabling the provisions of a document does not mean everybody will follow it,” he said.

Besides, there are problems like making people understand the difference between open source (free and non-patented software and applications that users are free to modify) and open standards (data and network protocols and formats that are non-patented and royalty-free). There are sites, for example, that of the company affairs and commerce ministries that do not open in free Internet browsers but only through Internet Explorer, which is a paid browser.