There for you to see

The world's first computerised library of human anatomy has been created. Medics and medical enthusiasts can now 'virtually' handle a man or woman's anatomy 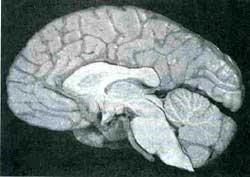 FIFTYNINE-year-old Paul Jernigan and a 39-year old lady have, become the first- ever 'virtual' couple. They were selected to be part of an ambitious, us $1.4-million- project called the Visible Human Project, supported by the National Institutes of Health (NIH) in Bethesda, Maryland, us. The two offered their bodies for the cause of science because these have been sliced, photographed and the resultant images stored on computer at the National Library of Medicine at Bethesda. This first complete A did electronic record of the human body is accessible over the Internet as well as to any company that wishes to develop it into a saleable product.

The NIH announced the progress it had made in a recent review meeting with medical researchers at Bethesda. The task of creating the images was assigned to a group led by Victor Spitzer and David Wheelok of the University of Colorado Health Sciences Centre in Denver, US, in 1991. It took them over two years to find a suitable male and female specimen as they were on the look out for bodies that were in excellent condition, physically fit to be anatomised. The task was also tough because the techniques that the team employed had hitherto been used for tracking problems in living persons.

The bodies were initially embedded in blocks of gel and frozen to a temperature of -70oc. Each body was then sliced into one-millimetre-thin sections. Their cross-sections were scanned using both computerised tomography (CT) and magnetic resonance imaging(MRI). CT is a technique that measures the strength of x-rays passed through the body of a person from a number of directions, and uses these measurements to build a three-dimensional image displayed on a screen. MRI is another technique to view the insides of the body. In this case, the pattern of the ions around a body placed in a magnetic field is metred and used to build an image. The device in use can also be manipulated to strip away layers of tissue so that a much more detailed image can be obtained. The surface of the exposed portion was photographed with a digital and a conventional camera. Since each of these bodies was frozen in exactly the same attitude as they were scanned, each of the real slices corresponded perfectly with the virtual one. Attitude refers to the angle at which the bodies were photographed and scanned.

What is rather novel about the project is that it offers viewers the ability to co-ordinate images. Users can reassemble the slices into. whole bodies. What's more, organs or tissues can be manipulated at will. For instance, at the click of a mouse, one can peel the skin off the body and look at the muscles or the organs lying beneath. One can even penetrate solid muscle.

It is also possible to see how different anatomical structures could look when viewed using different imaging techniques. This enables doctors to compare images using the CT and MRI methods. Therefore, the technique is likely to be a superior diagnostic tool.

However, the images are currently being used only as teaching aids for medical students. "Quite a few people are suggesting that Visible Human might eventually replace cadavers," says Donald Lundberg, director of the NLM. Human anatomy can therefore be taught without yielding a scalpel.

The fact that 'good' and young bodies are rarely donated to science has inspired several companies to take an enthusiastic interest in developing products based on images of the duo. Attempts are on to develop other devices that would have a more direct application in training health personnel. HT Medical, based ' in Rockville, Maryland, is working on a particularly tricky exercise in training persons for administering intravenous fluids and injections. Information about the blood vessels of the visible people has been used to design a system that responds with the correct amount of resistance to the pressure of injection.