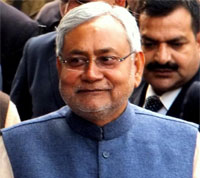 Around 32 people have been reported dead and 120 injured in a thunderstorm that hit six flood prone districts of Kosi region in Bihar. Officials of Indian Meteorological Department (IMD) in Patna have said that the wind speed of the storm late in the night on Tuesday was around 70-75km/hour.

Purnea district has reported maximum casualties. Rajesh Kumar, district magistrate of Purnea, confirmed 20 deaths and said that the thunderstorm was followed by hail, leading to massive destruction of crop and thatched houses. “We have ordered to close all schools till further orders,” he said.

Apart from this, six deaths have also been reported from Madhepura and one each from Dharbhanga, Araria, Bhagalpur and Katihar.

Thunderstorm struck six districts at around 10.30 pm. A K Sen, director IMD, Patna told Down to Earth that a warning was issued on the website of IMD at around 7.30 pm. “Warning went unnoticed by the officials of disaster management and district management. We were not able to issue warning early because it is difficult to trace local thunder activity,” he said.

Opposition parties led by BJP launched a vitriolic attack on chief minister Nitish Kumar during the assembly session this morning. Under pressure, the chief minister ordered a compensation of Rs 4 lakh to victims’ next of kin and a relief package of Rs 50,000 for repair of houses. While addressing media persons this afternoon, the chief minister also assured that he will conduct an aerial survey of Purnea to assess the damage. He further announced that adequate compensation will be given to farmers whose crops have suffered damage because of thunderstorm.

Three teams of National Disaster Relief Force have been rushed to the worst-hit district to rescue those still trapped in their houses. Vyas, principal secretary of state disaster management department, pointed out that relief material and rescue work has been started in the affected areas. Power supply to Purnea district has been stalled because of uprooted electric poles and trees.

However, locals are alleging that the government is under reporting the death figures. They claim that at least 55 people have been killed in the storm.