Till the last drop 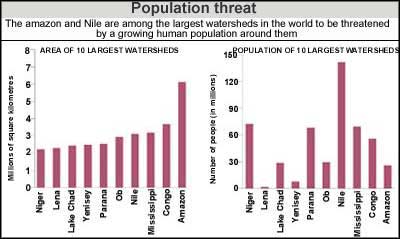 Half the watershed area of the world's freshwater systems is estimated to have been lost in the twentieth century, as land was converted to agriculture and urban use, or levelled to combat diseases such as malaria. Physical alteration, habitat loss and degradation, water withdrawal, overexploitation, pollution, all contribute to declines in freshwater systems. Amphibians, fish and wetland-dependent birds are high risk in many region of the world. Scientists estimate that 20 per cent -- around 10,000 -- of the world's freshwater fish species have become extinct or are threatened.