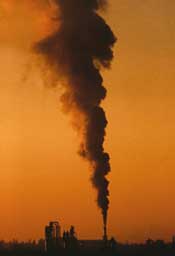 in what can be called a positive step towards fighting climate change, the European Commission has demanded sweeping cuts in emission rights from its member states. The commission announced an average cut of almost seven per cent of the allowance, below 2005 levels, recently, when it decided on the National Allocation Plans for the second phase of eu Emission Trading Scheme (eu ets).

The second phase of eu ets (2008 to 2012) is the first commitment period for developing countries to bring down their greenhouse gas emissions. Till now, only 10 participatory states of the bloc have submitted their emission target proposals to the commission. Experts say, the countries had set up liberal targets to allow their industries to emit more and the commission had to curtail the allowances. Except the uk, the commission has turned down the proposals by Ireland, Germany, Greece, Latvia, Lithuania, Luxembourg, Malta, Slovakia and Sweden.

"The commission's decision sends a strong signal that Europe is fully committed to achieving the Kyoto target," Stavros Dimas, the environment commissioner of the eu said.

In a statement, Michael Grubb, chief economist of Britain's Carbon Trust (that spearheads uk's drive to a low-carbon economy) said the commission has done a good job in creating a level-playing field. The announcement has reflected on the carbon market and prices of carbon dioxide allowances rose by 45 per cent to 18.30 euros a tonne.

The governments involved are naturally unhappy. In a statement, Michael Glos, the economics minister of Germany (Europe's biggest polluter), said the decision was "unacceptable" and would push up electricity prices. Germany's interconnected power grid association, vdew, which represents 750 power firms, too, said that the new stringent targets could hinder new power generation projects and discourage the industry.

The move has also disappointed some green groups, though for a different reason. "The emission cuts announced by the commission is still not strict enough on the participatory states that seek to shelter their polluting industries from tough emissions standards," Mahi Sideridou, eu climate policy director of Greenpeace said.