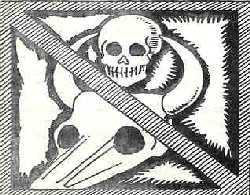 Animal rights activists were outraged when jallikattu, a bloody bull-fighting sport, was displayed at the Republic Day pageant in Madras. Tamil Nadu Governor M Channa Reddy reviewed a series of cultural floats on the Marina seafront, one of which depicted jallikattu as a folk sport. In the sport, prize bulls with horns sharpened for the kill are goaded to fury and let loose on a crowd of bull-fighters. Though banned under the Prevention of Cruelty to Animals Act, jallikattu is traditionally held on Pongal, the Tamil new year, and draws huge crowds. State politicians are also present at the contests.

However, the sport often turns violent because the bulls, confused by pain and fury, charge into the onlookers. On Pongal this year, for instance, more than 150 people were injured in the jallikattu held at Alanganallur village near Madurai when a bull went berserk. Clashes between competing groups of bull-fighters also cause casualties. In Thanjavur district this year, one boy was killed in such a feud.