How to make healthy food taste as good as junk food 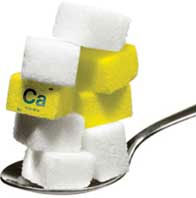 The food processing industry knows that pleasing the tongue is the way to its success. So it finds new ways to pamper the taste buds. But this often leads to overeating and that too the wrong kind of food. The hitch here is that healthy foods often tend to taste bland. The industry is now looking for ways to fool the taste buds: give them foods that are healthy and yet taste good. At their disposal are chemicals like calcium which can make tea with only a bit of sugar taste very sweet.

The tongue has the ability to distinguish five tastes: sweet, salty, bitter, sour and umami (savoury taste found in foods like oysters, mushrooms). A group of researchers led by Yuzuru Eto from the Institute of Life Sciences of the Ajinomoto Company, Incorporated in Japan demonstrate that calcium channels present on the cells of the tongue lend a hand in duping the taste buds.


These channels are present on the gut walls, too, and maintain the body’s blood calcium levels.

The researchers found chemicals, called kokumi in Japanese, that stimulate the calcium channels on the tongue and, in turn, enhance taste. These substances have no taste of their own.

Ajinomoto is an industrial producer of kokumi substances. While these substances have been used in Japanese cuisine for long, how they worked was not known. The team tried to understand it.

Although calcium, a kokumi, is easily available the researchers were interested in testing glutathione.

This protein was initially isolated from garlic and onion. They tested molecules derived from glutathione and found that they activated the calcium channels on the tongue. The researchers then diluted these substances in salt water, sugar water and in umami -flavoured water and asked volunteers trained in discriminating tastes to rate how strong the flavours were. The molecules that brought about the most activity in the calcium channels elicited the strongest flavour, said the study.

Though the role of calcium channels has been indicated earlier, research has not established it yet. “Our findings highlight the importance of further detailed studies to elucidate the physiological significance of the palatability of kokumi substances in humans,” the team writes in their paper published in the January 8 issue of the Journal of Biological Chemistry.

“Chemical senses like taste, smell and irritation are the most primitive sensory systems and yet their understanding is incomplete. Findings such as those reported in this paper help to better characterize the sensory system. This knowledge can then be used to enhance the sensory appeal of foods produced with the desirable nutritional properties,” said Richard D Mattes, professor of foods and nutrition at Purdue University in usa.

Researchers worldwide are trying to understand the mystery of taste so as to find ways to regulate appetites and control obesity. They have looked at endocannabinoids, compounds similar to the active ingredient in marijuana, as a diet regulator. But endocannabinoids enhanced the sweet taste in a way that made one crave sugar, reported a team from Monell Center in the US and Kyushu University in Japan in the Proceedings of the National Academy of Sciences in December 2009.