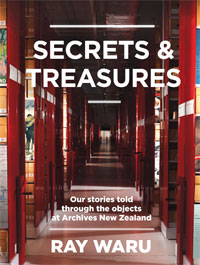 The documents reveal that plans to create the tsunami bomb began in 1944, when a US naval officer noticed that blasting operations to clear coral reefs around the Pacific islands produced a large wave.

Explosive tests carried out in waters north of Auckland led scientists to conclude the feasibility of the weapon that drew on the energy produced. Waru wrote that the top secret US-New Zealand project envisaged 10 massive blasts offshore to create a 10-metre tsunami capable of inundating a small coastal city.

It’s astonishing that anyone would come up with the idea of developing a weapon of mass destruction based on tsunami, Waru said. The project was shelved in early 1945, despite the success of initial, small-scale tests.