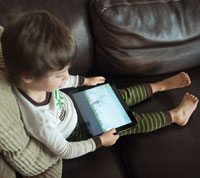 US and British spy agencies are tapping popular smartphone apps such as Angry Birds and Google Maps to collect users’ personal information, including location, age, sex and even sexual orientation, according to The New York Times. Citing undisclosed classified documents provided by former US defence contractor Edward Snowden, the report said the US National Security Agency (NSA) and its British counterpart, Government Communications Headquarters, have traded methods for extracting data when people use Google Maps. Although the scale and the specifics of the data haul are not clear, the agencies routinely obtain information from certain apps, especially Angry Birds. The popular app has been criticised by researchers who claim that its producer, Rovio Entertainment, was tracking users’ locations and gathering other data and passing it to mobile ad companies.

White House spokesperson Jay Carney said NSA was only interested in those considered a threat to the US. “To the extent NSA collects information, it is focused on valid foreign intelligence targets and not ordinary people,” Carney said.