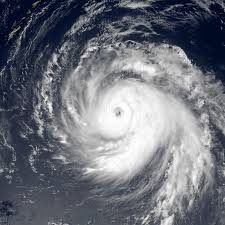 A typhoon hit Philippines on Friday morning at a speed of 195 mph (315 km/hr), forcing millions to flee to safer places. Media reports suggest that until now four people have been killed in the storm.

Friday’s typhoon is believed to be the world’s strongest typhoon this year and is being called “super typhoon”.  According to the US National Oceanic and Atmospheric Administration (NOAA), a super typhoon has surface winds that sustain speeds of more than 240 km/hr for at least a minute.

Authorities had warned that more than 12 million people were at risk, including residents of Cebu City, home to around 2.5 million people.

Reports also say that officials in Cebu province have shut down electricity services in the northern part of the province to avoid electrocutions. Forecasters have said the storm is expected to move into the South China Sea on Saturday, heading towards Vietnam.