UK environment regulator pulled up for failing to check pollution 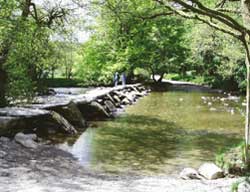 Agovernment environment regulator in the uk has been pulled up for the first time for failing to check the pollution of a river. The Environment Agency (ea) was fined about us $14,000 and ordered to pay about us $2,700 in costs for polluting river Exe's main tributary, the Barle, in Somerset county, after a man from Exwick, a suburb in Exeter, filed a case, bbc reported.

The agency had commissioned contractors in September 2005 to set up a flow monitoring station but they ended up polluting the river with toxic cement, killing more than 300 fishes. ea pleaded guilty at the Exeter Crown and County Court. The contracting company, May Gurney, was fined us $51,800. Judge Jeremy Griggs said a significant sanction had to be imposed to ensure compliance with environmental standards.