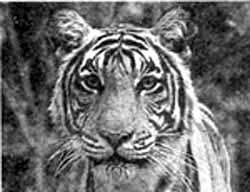 Madhya Pradesh chief minister Digvijay Singh's instruction earlier this year to ban 'tiger-shows' at the Kanha and the Bandhavgarh national parks has been the source of considerable simmering dissent in the state's wildlife establishment. The discontent has burst into the open with wildlife authorities blaming that decision as the direct cause of the decline in the number of wildlife tourists to the parks when their winter season opened in November.

This view has received support from the state tourism department as well, whose senior officials claim that they have been flooded by letters from international tour operators angrily announcing intentions of looking at other tiger sanctuaries in India and Nepal as alternative attractions.

The issue has also drawn a split in the Steering Committee of the Project Tiger, whose recommendation against the shows -- involving the use of trained elephants to herd tigers into the open -- apparently prompted Singh's decision in April. Says committee member S Deb Roy in dissent, "We should have looked at other ways of better management of the tiger-shows. People must be encouraged to see and photograph these magnificent animals."

More cynical officials in the Madhya Pradesh government allege that such opinion was disregarded because Singh's known political mentor, the Union environment minister, Kamal Nath, was inclined to favour the ban. Singh, of course, denies any such ulterior motive and insists that his only concern was that the tigers be not "disrespected, disturbed or bruised" while being cornered by the elephants.