US calls Ebola a looming threat to global security, steps up relief measures 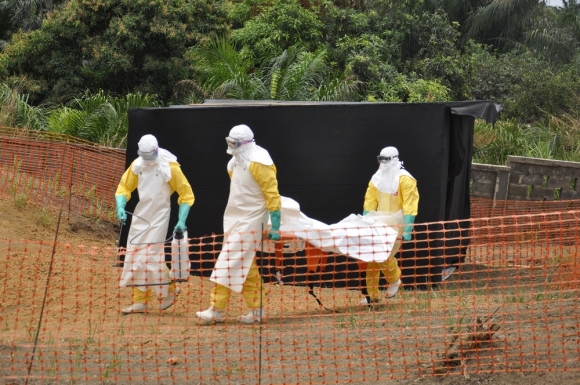 US President Barack Obama on Tuesday announced that his plans to fight the deadly Ebola outbreak in West Africa would be "the largest international response in the history of US’ Centre for Disease Control”. The announcement to offer help was combined with a warning that the present Ebola outbreak which is widespread in three countries in West Africa— Liberia, Sierra Leone and Guinea—could soon be a threat to global security.

"This is an epidemic that is not just a threat to regional security. It’s a potential threat to global security, if these countries break down, if their economies break down, if people panic. That has profound effects on all of us, even if we are not directly contracting the disease," said Obama, as quoted in a Reuters report.

The White House has committed more than US $175 million and 3,000 troops to the most affected areas. The World Health Organization (WHO) and other international aid agencies have welcomed the plan. "This massive ramp-up of support from the United States is precisely the kind of transformational change we need to get a grip on the outbreak and begin to turn it around," said Dr Margaret Chan, WHO's director-general, in a statement.

Expressing concern over increasing deaths and shortage of monetary and personnel aid, WHO assistant director-general Bruce Aylward told a news conference in Geneva, "We don't know where the numbers are going on this". The crisis, according to him, is "unparalleled in modern times."

The virus has so far killed nearly 2,500 people, half of those infected. Besides the countries where virus is widespread, one case has recently been detected in Senegal, another country in West Africa. In Nigeria, there have been 21 cases and 7 deaths. In the present outbreak, the survival rate of 47 per cent is believed to be higher than that in previous outbreaks.

The American Ebola survivor and healthcare professional Kent Brantly, who contracted the virus while working in Liberia, had criticised the slow and ineffective response to the outbreak. He and a few other experts had even alleged that the international community only seemed to wake up to Ebola in July, after two American health workers got infected.

Meanwhile, Cuba which, according to WHO, is known the world over for its ability to train excellent doctors and nurses who can then go out to help other countries in need, has decided to send a medical team of 165 people to Ebola-affected Sierra Leone.

“Human resources are clearly our most important need. We need most especially compassionate doctors and nurses, who will know how to comfort patients despite the barriers of wearing PPE (personal protective equipment) and working under very demanding conditions,” said WHO director-general Chan on the development.

Map of Ebola outbreak in Africa 2014